Editorial Note: Ajit Jaokar's contribution this week hits home a point that I think it very important. As with any job, it is the value that you bring as a problem solver and someone capable of looking at obstacles as challenges rather than the base skills that you have in a given discipline, that will ultimately determine whether you succeed or fail in your career. -- Kurt Cagle

The media loves to glamorize the data science profession. Data science is supposed to be the hottest skill of the 21st century (variously attributed to HBR, Tom Davenport and DJ Patil).

But banner headlines are mental shortcuts and hide much detail.

Early in my career I wanted to be a DBA (Data base administrator).

This ambition was inspired by a DBA at our project who had a God like presence – almost like a surgeon.

If your SQL query ran slowly, he would come over and suggest a tweak or two and it would then almost be fixed magically!

Fast forward a few years and today, a senior DBA in the UK makes 53K GBP on average as per glassdoor.

And overall, data science salaries are increasing and DBA salaries not correspondingly so

But the question is, will the data science job salaries also become like the DBA role i.e. technically strong but paid relatively less over time

The book’s main thesis is  based on a concept called  “hyper-meritocracy” – which creates a few big winners and a large number of people who have unskilled jobs at the lower end of the skill set.

But the middle will be hollowed out (hence the average if over). 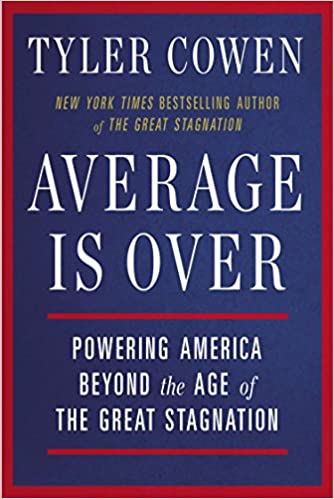 So, the operative word is ‘average’.

And the biggest driver of this downward trend is technology itself

So, is the same likely to happen to the data science profession?

Or are we, somehow, magically immune to the downward pressure of technology?

So, what should you do to remain valuable as a data scientist?

Here are some ideas – depending on your aptitude and existing focus, one or more of these could be useful for you

I see an AI product manager as someone who understands business problems quantitatively and can work with others to develop a product that can demonstrate improvement in the existing state of the art. She can also demonstrate that the solution is superior.

So, to conclude, everyone in the data science industry will soon need to think how they want to reposition themselves

This will be eroded over time