The number of data scientist jobs has grown manifolds in the past few years. According to data, the data science jobs crossed over 2 million and is continuing to increase rapidly in the year 2019 and many more years to come. It is the most demanding job and a buzzworthy career. 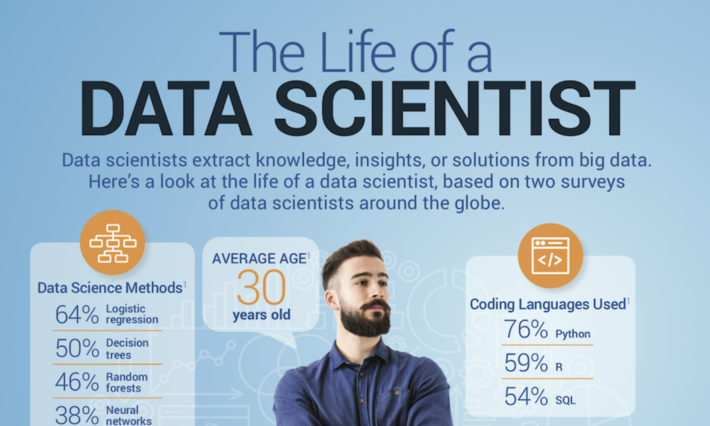 According to research by Glassdoor, "Data Scientists have topped the list of best jobs for three years in a row".

There is no doubt in the statement that we have a massive demand for the data scientist jobs, but one has to also deal with the fact that there is a significant amount of shortage in getting these qualified professionals.

Why data scientists nowadays appreciate such an immense interest in the market. The short and basic answer is that in the recent decade, there has been a massive explosion in both the amount of data created and held by organizations and as well as the ordinary people. Since the origin of the internet, it is producing an enormous amount of data that carries vast information about the users, their search queries and much more information. If all this data is used properly it can predict great things with a higher rate of accuracy.

So, one can say that data science deals with the mining of valuable information, therefore, transferring knowledge from the data.

As we already know, that almost every organization and the business nowadays relies majorly on data, thus creating a massive demand for qualified, professional data scientists.

Here are a few things that can make one realize that Data Scientist is the most promising job of the future:

There are some other fields also where data scientists can be heavily required that is the Retailers as the data scientists can help retailers to influence the purchases made by the consumers. Thus, helping in motivating certain healthy practices by providing data from various researches.

Data Scientists act as decision-makers and are, to a great extent, in charge of examining and taking care of a lot of unstructured and organized data. To do as such, he requires different tools and programming languages for Data Science. We will experience a portion of these data science tools uses to analyze and produce expectations.

It is the most commonly used tool by data scientists. Apache Spark is specifically designed to handle batch processing and stream processing.

It is a data science tool that is specially designed for statistical operations. SAS is mainly used by big organizations to analyze data.

BigML provides a fully interactable, cloud-based GUI environment that can be used for processing Machine Learning Algorithms. It specializes in predictive modelling. It also uses a wide variety of ML algorithms like classification, clustering, etc.,

It is a multi-paradigm numerical computing environment for processing mathematical data. It is a closed-source software that eases matrix functions, algorithmic implementation and statistical modelling of data.

Tableau is a Data Visualization Software that's packed with sharp graphics to produce interactive visualizations. It is centred on industries that are working in this field.

Excel is the most frequently used Data Science tool. Microsoft developed Excel especially for spreadsheet calculations, and now, it's famous for data processing, visualization, and more intricate calculations. It's a powerful analytical tool for Data Science.

Demand for Data Scientists is increasing and will keep on growing in the coming years.

As per numerous researches from many job sites, "one can rightly say that it is a good time for a data scientist to enter the market". Data Scientists has been termed as the Best Job in America for the third time wherein India falls Fourth largest to deploy its professionals as a data scientist in this flaming hot job market as quoted by Economic Times.

Here are a few reasons that explain the increasing demand:

According to the study by IBM, the need for data scientists is growing at a rapid pace, and this will approximately reach 700,000 openings by 2020.

Apart from the software and IT industries data science is also helping in other fields such as banking, finance, e-commerce, telecommunications, medical and many such industries where there is a massive amount of data to deal with and to increase their growth by taking effective decisions according to the data derived.

By being a data scientist, an individual whether in India or outside earns lucrative salary packages which range from 5 to 8 lakhs per annum as a fresher and double-figure to the experienced candidates.

"According to anonymous research, Data Scientist and professionals in Big Data, ML is in demand with a salary hike of 30-35% while planning for switching their jobs."

Among the various technologies, experts have voted Python and R as the most popular techniques used by the data scientists. Apart from these, ML and AI are the ones which show progressive future growth.

Data Science has opened several doors for businesses in numerous fields such as health-care, agriculture, education, etc. The effect which hasn't yet been made in the sectors for ages has been made by it. That is a blessing to our society.

Within Data, anomalies and patterns are waiting to be discovered and unravelled  which can used in predictive modelling allowing for actionable measures to be executed...........