This article was written by Laurel Brunk.

Data scientists spend most of their time (up to 79%!) on the part of their job they hate most. 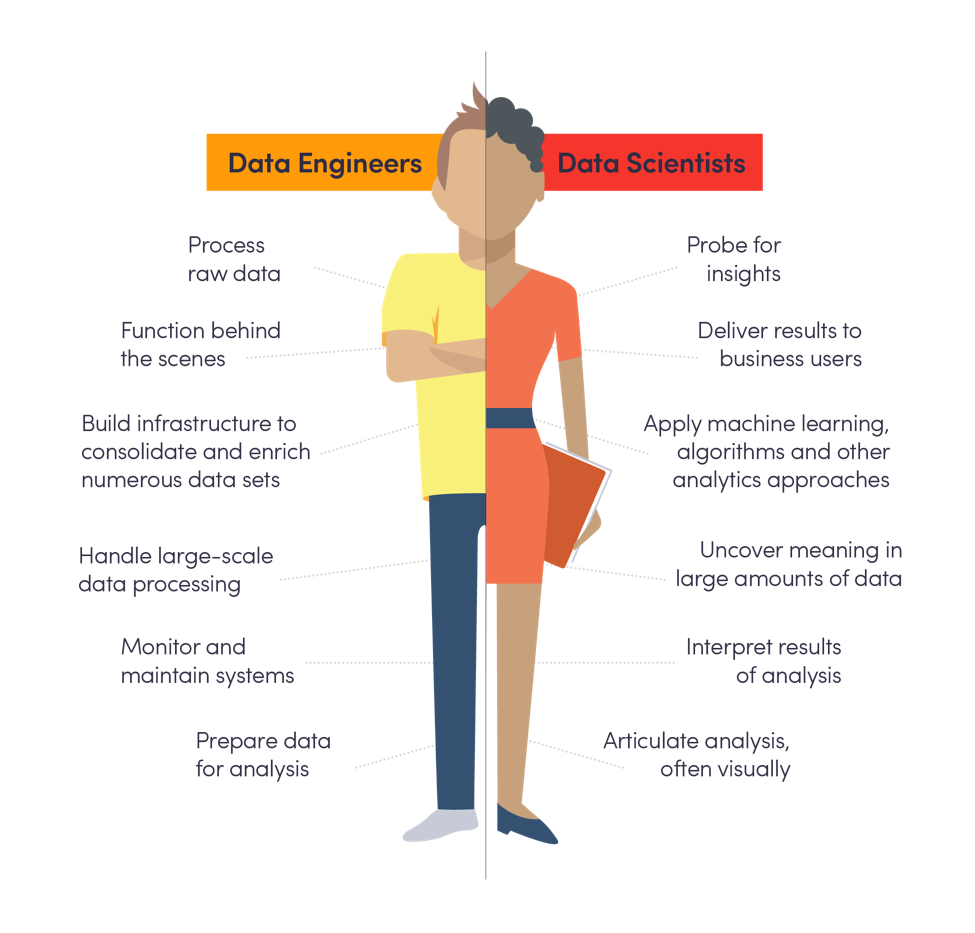 The Role of a Data Scientist

The Role of A Data Engineer

In other words, data engineering alone doesn’t reveal insights; it readies your data to be analyzed reliably. By whom? The data scientist or analyst.

Could the role of the Data Scientist synergize with the Data Engineer?

Some Data Engineers would have progressed to the expertise of the Data Scientist.

I think "Data scientist" and "Data engineer" is the same notion. Data scientists do not discover laws, so not really "scientists" in the traditional sense. The tasks that are attributed to "data sciences" on this image are data engineering task too..