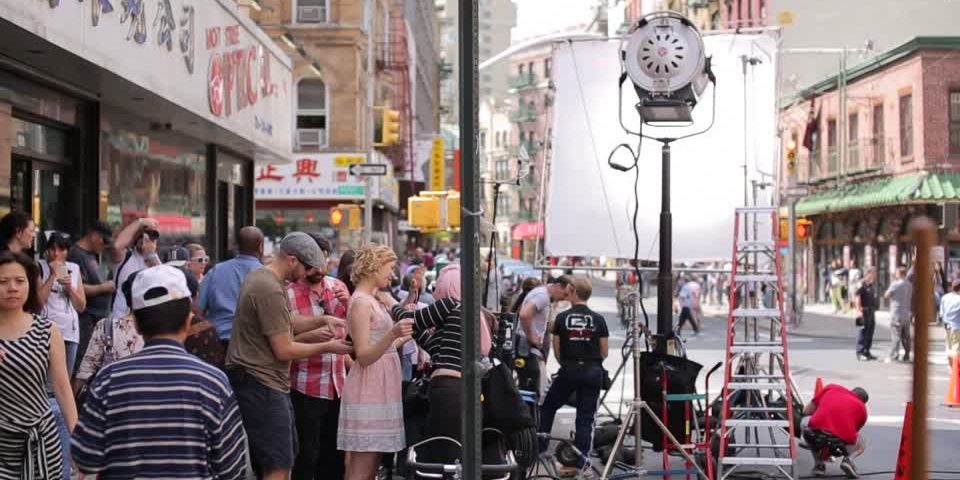 Contributed by Ismael Jamie Cruz. He is currently in the NYC Data Science Academy 12 week full time Data Science Bootcamp program taking place between April 11th to July 1st, 2016. This post is based on his third class project - Web Scraping (due on the 6th week of the program)

New York's streets, shops, cafes, and architecture have provided the backdrop for numerous films. About 17,241 movie scenes were filmed between 2011 and 2013 based on film permit data from the New York Mayor's Office of Film. Some of my favourite have taken place in this city and I was always curious where exactly certain scenes were shot.

On the Set of New York (OTSONY) is one such website that contains more than a thousand movies and film locations in New York. It is owned and operated by Englishman Mark Rogers and contains one of the most extensive lists of film locations in the Big Apple. In addition, Rogers's methodology of gathering the locations is a labor of love. Without any access to filming street permits, Rogers identities locations manually through a long and drawn out process of pinpointing each address. Hence, it should be noted that this list is by no means exhaustive. 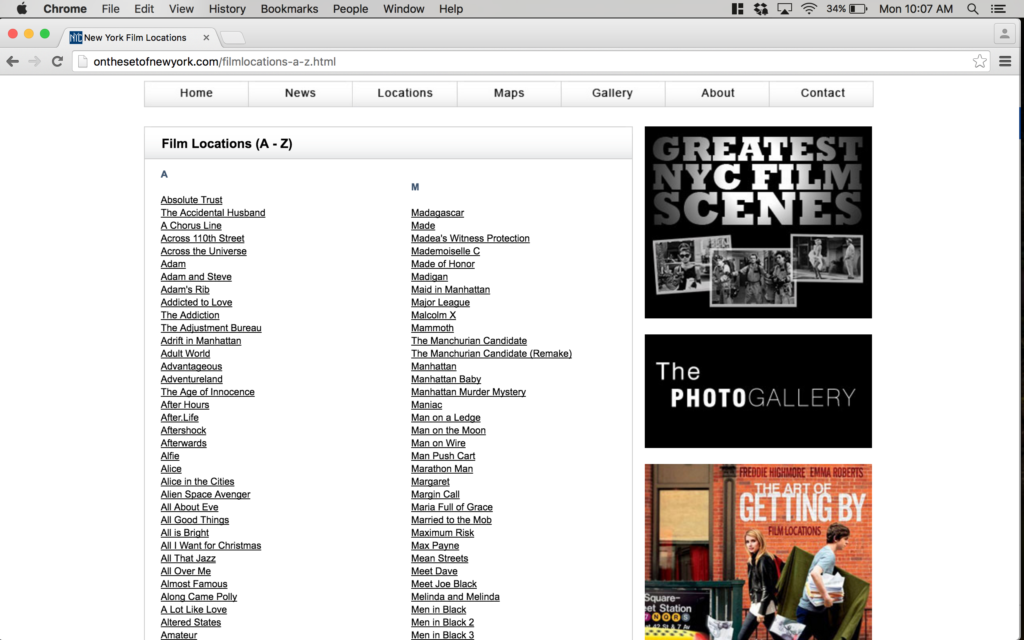 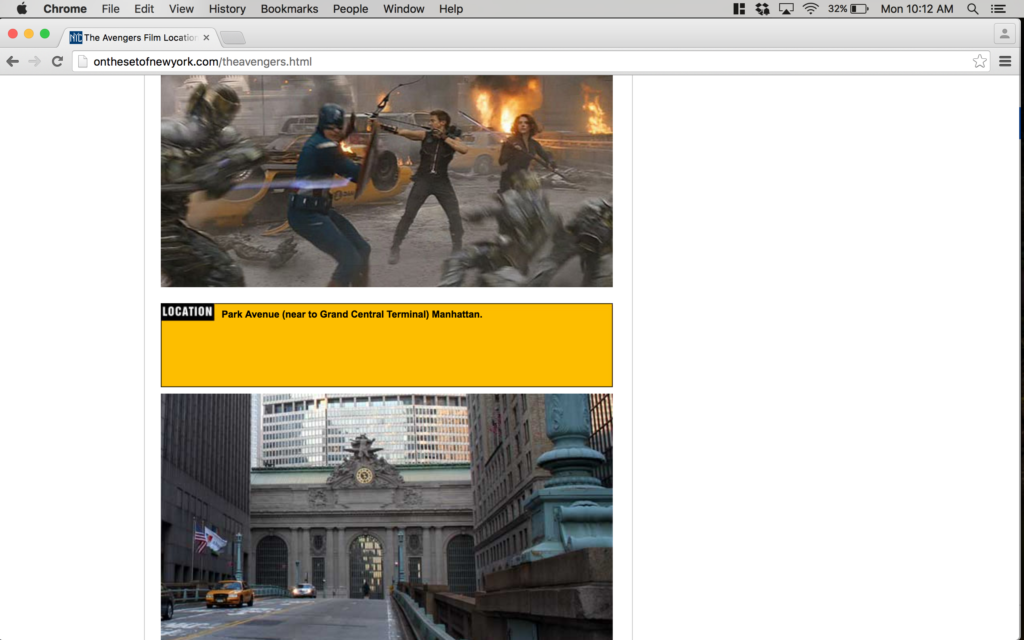 After acquiring the data, I used the Python library Geocoder to generate latitude and longitude data for each film location. Due to usage limits however, I was only able to generate geocodes for the first 407 films in the OTSONY list.

I then used Tableau Public to create a dashboard plotting the locations of the first 407 films. The dashboard can be found here.

Some features of the dashboard:

*Note: some points are incorrectly plotted as seen by those located in other U.S. states but whose address is in New York 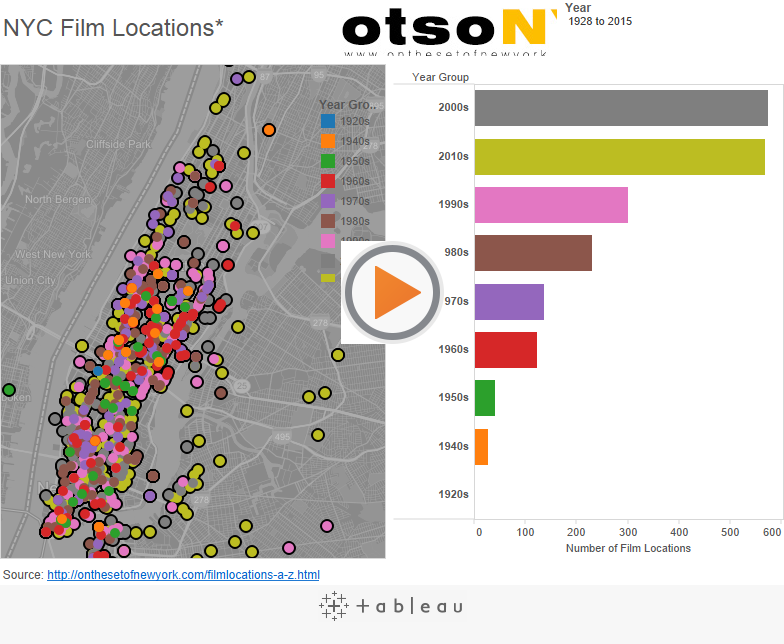