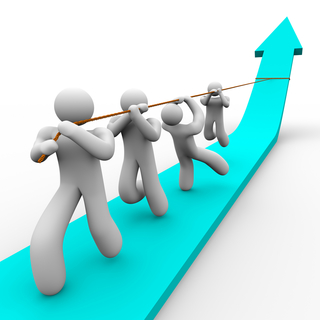 The Kaggle competitions are like formula racing for data science.  Winners edge out competitors at the fourth decimal place and like Formula 1 race cars, not many of us would mistake them for daily drivers.  The amount of time devoted and the sometimes extreme techniques wouldn’t be appropriate in a data science production environment, but like paddle shifters and exotic suspensions, some of those improvement find their way into day-to-day life.  Ensembles, or teams of predictive models working together, have been the core strategy for winning at Kaggle.  They’ve been around for a long time but they are getting better.  When we say ensemble, many of us immediately think of tree ensembles like random forest but there are three distinct groups each with their own strengths and weaknesses.

There are three broad classes of ensemble algorithms:

The idea behind ensembles is straightforward.  Using multiple models and combining their results generally increases the performance of a model or at least reduces the probability of selecting a poor one.  One of the most interesting implications of this is that the ensemble model may in fact not be better than the most accurate single member of the ensemble, but it does reduce the overall risk.

There are a number of strategies for combining single predictors into ensembles represented by the three major groups above and lots of detailed variation among implementations even within these groups.  Despite the warning that ensembles can actually only guarantee to reduce risk, most of us have experienced that our most accurate models are in fact ensembles.

In order for this group strategy to be effective it’s should be obvious that they must be different in some way so the individual models don’t all create the same error.  This is the requirement for diversity in ensembles and can be achieved in a variety of different ways.

The diagram below (Robi Polikar (2009), Scholarpedia, 4(1):2776) illustrates how the slightly different errors from each individual predictor are combined to create the best decision boundary. There are many different strategies for ensuring diversity including combining different types of modeling algorithms (e.g. decision trees with neural nets with SVMs and others) and also how the results of each independent model are combined.  Ensembes may be categorized as either ‘selected’ or ‘fused’.

The ‘fused’ strategy is more common and defines the dominant approach in bagging.  The results of the individual models are combined through a variety of rules that range from simple majority voting to algebraic techniques including averaging, sum, or versions of min and max.

These two elements of diversity, 1.) the specific procedures used in generating the individual classifiers, and 2.) the method used for combining their results are the foundational elements of the three major categories of ensembles.

Concept:  Bagging is perhaps the earliest ensemble technique being credited to Leo Brieman at Berkeley in 1996.  It trains and selects a group of strong learners on bootstapped subsets of data and yields its result by simple plurality of voting.

Originally it was designed for decision trees but it works equally well with other unstable classifier types such as neural nets.

Adaboost and GBM are quite similar except in the way they deal with their loss functions.

Both techniques can effectively deal with noise.

Stacking (aka Stacked Generalization or Super Learner) may be the optimum ensemble technique but is also least understood (and most difficult to explain).  Stacking creates an ensemble from a diverse group of strong learners.  In the process it interjects a metadata step called ‘super learners’.  These intermediate meta-classifiers are forecasting how accurately the primary classifiers have become and are used as the basis for adjustment.

Yes this is tough to follow.  Here is the explanation directly from Dr. Polikar on Scholarpedia:

So far we’ve been focusing on various ensemble techniques to improve accuracy but if you’re really focused on winning at Kaggle then you’ll need to pay attention to a new algorithm just emerging from academia, XGBoost, Extreme Gradient Boosted Trees.  It’s open source and readily available.

This is a massively scalable, out of core algorithm developed by Tianqi Chen at the University of Washington.  See the full paper here.  Here’s his claim:

Remarkable.  This is why its fun to be a data scientist.  Just when you thought the last little bit has already been wrung out of the math, along comes an innovative new approach.

I like to think of this conceptually as simply being a "panel of [trained] experts." Each of the experts brings a somewhat different combo of training, experience and background. The algorithmic part of the ensemble panel is figuring out to weight/combine the various expert opinions to get the best consensus wisdom, be it classification or prediction.

In this case, all of our experts are bots. No problem, here in data science land we lean towards an empirical meritocracy and don't discriminate capriciously against the non-human. However, as their employers we have to remember that these bots are all idiot savants, and it's our job as managers/orchestra-leaders to make sure the team of bots stays within the zones of their expertise and the limits of the data.