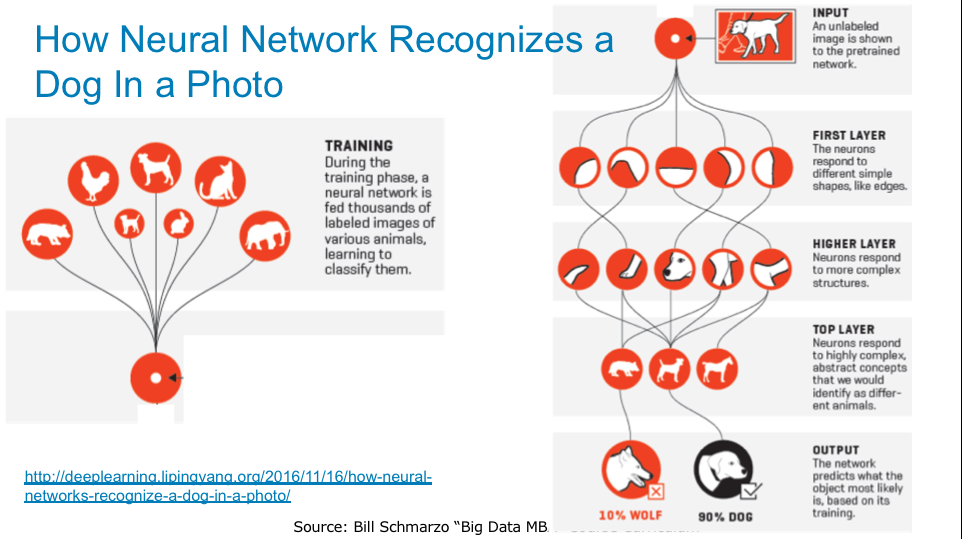 First, let’s set up our Confusion Matrix for testing the condition: “Is that animal in the grove a wolf?” The Positive Condition is “The Animal is a Wolf” in which case I’d take the appropriate action (probably wouldn’t try to pet it).  Below is the 2x2 Confusion Matrix for our use case.

So once the neural network model produces the Confusion Model that covers all four of the above conditions in the 2x2 matrix, we can calculate goodness of fit and effectiveness measures, such as model Precision, Sensitivity and Specificity.