Twitter is a well-known social media platform in which users are allowed to create a unique account and post tweet on the topics of his/her taste. The popularity of this platform is growing and many users post tweets regarding their experience of the products or services they used. People are posting opinions and experience about the brand they have used, whether they are satisfied with the product or service and also their opinions are shared with many other people. Hence it becomes immensely important for vendors to know whether the consumers liked their products and consumers opinion about their products.

Traditionally, data collection about the satisfaction or feedback on the product or services is made through a survey. The traditional way of survey requires to dedicate manpower to spend time and effort to collect the data. Moreover, to carry out data collection through this form of survey consumes an enormous amount of time.

Twitter social media forum can be a better way to carry out a survey on people opinions. The opinions posted by people in terms of tweets can be gathered using specific hashtags. These tweets can be analyzed to make understand consumer’s opinion on the products or services. The following figures 1 shows twitter data collection using REST API using specific hastags.

Consumer loyalty can be measured using Twitter and analysis of twitter related data. The sentiment analysis on tweets gives an opinion of users in terms of sentiment scores.  The twitter also provides various other information such as a number of likes, retweeted a tweet etc. Here an idea proposed to compute the consumer loyalty using twitter related information. The tweets related to the airline industry are collected from twitter. The airline industries from various regions such as America, India, European and Australian are considered. The objective is to computer consumer loyalty to a specific airline based their tweet history. These tweets are collected using the search terms such as

Each collected tweet consists of an ID, permalink, date and time stamp, the text contained within the tweet, username, retweets, and likes. Few tweets with likes and retweets are shown in below table. 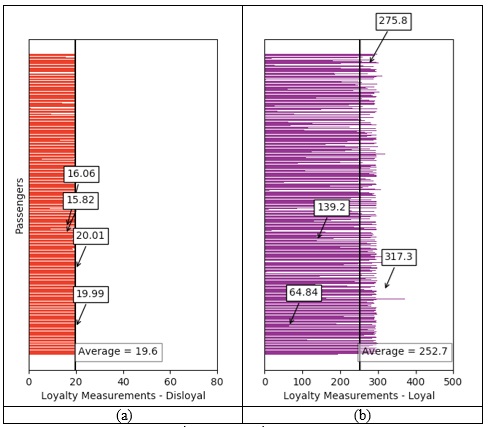