Top Reasons to Use Python Language for Web Application Development 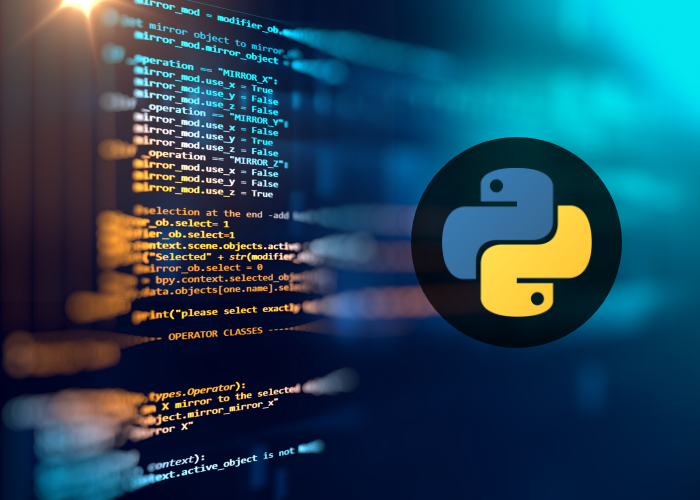 A reputed TIOBE index has considered Python as the major and one of the most popular programming languages for web and web app development. It is an extremely powerful, flexible, and advanced language for web design and development. Python development services gain ground among entrepreneurs globally for these reasons.  Let’s discuss these reasons in this post.

Python has an upper hand over other programming languages when it comes to developing highly functional programming for enterprise websites and web applications. With the addition of various advancements, Python app development can easily meet the complexities and diverse business challenges. Python app developers can take the advantage of the versatility of this language to build efficient web app solutions.

It is sufficient to know the importance of Python that software giants like Google, Facebook, and Microsoft bank on this programming language. Let’s understand why Python is a preferred programming language for web application development. But before digging deep into these reasons, let’s have a brief introduction to Python.

What is Python Language?

As an open-source programming language, Python offers unrestricted copying, embedding, and distribution of the code. What’s more, Python developers can get all the coding information online with ease. As a result, a Python development company can come up with flexible and feature-rich web solutions. Python can give enterprises an edge over peers by offering seamless and future-ready solutions.

Python app development is steadily gaining popularity among entrepreneurs who want to integrate advancements of emerging technologies including AI, ML, and IoT. It is possible to bring automation in certain processes with the help of Python-based websites. Companies can hire Python developers to achieve this objective and get success in this challenging time. Let us go through how different web app development domains use this language.

Python is one of the most preferred programming languages for integrating AI and ML in customized web solutions. It is useful for making the computer ready for ML and assisting AI to analyze large volumes of data. Python-based websites and web applications can easily deal with high web traffic and fetch user data.

Cameras and other in-built tools of the laptop or smartphones can be easily connected to the Internet as and when necessary in Python web applications. Python-powered business websites are capable of managing the existing IoT network when it comes to fetching and sharing valuable data.

Web applications based on Python support robotics and image recognition. Deep Learning is useful for processing data in a way similar to that of our brain. Python app development services can assist entrepreneurs to bring innovative and intelligent web applications.

Today, hundreds of thousands of developers use Python for web and web app development. A recent Stackoverflow survey has shown Python as one of the highest in-demand programming languages. Python is a preferred language among developers, and many web developers want to learn it.

Let’s dig deep into the reasons why Python is a preferred language for web and web app development projects.

Python is not a new language. It has been around us since the 90s, but it has evolved in line with the market trends and changing expectations.

When you hire Python developers, you can remain assured of the security and scalability of the web application. A thriving fintech sector prefers Python language for its high security and capability of handling large amounts of data. Senior and experienced Python developers can come up with a functional fintech app with military-level security. Also, developers can find solutions to common issues of Python web development thanks to a thriving community.

There is no exaggeration in mentioning that there is a Python library for everything. Whether entrepreneurs need an elegant website with seamless functionality or a secure and feature-rich web app, the Python library enables developers to build robust web solutions. The world’s most popular Machine Learning (ML) library facilitates Python web developers to integrate machine learning capabilities in the customized web app. SQLAlchemy library enables developers to give the power of SQL in the app or website. Python language is capable of enterprise web development patterns containing a simple database with the help of an SQLAlchemy library.

This is one of the biggest reasons for choosing Python for developing complex web applications. Django is the main web development framework with a highly useful collection of libraries. As a flexible and comprehensive platform for developing any type of web apps, Django can build powerful apps for modern enterprises. You can hire Python Django developers for building user-friendly web apps for your business. Django takes away the pain of the development process and developers can readily focus on demanding tasks instead of basic issues.

Python web development also offers Flask, a polar opposite of Django. Flask is a microframework and has much fewer ready-made parts than Django. However, this platform is not as flexible as Django. Talking about the differences- Django can save the developer’s time whereas Flask requires more time to adapt to changing requirements.

AI and machine learning technologies are the need of the hour. With Python, you can integrate the functionality of these emerging technologies. This is one of the major reasons for Python’s increasing popularity. It results in a large number of developers who have professional experience in integrating AI-based features into enterprise apps. You can also find many Python developers with ease. In other words, it is much easier to hire Python developers than to hire C++ or other web developers.

When it comes to performance, Python is great. Availability of developers and rich libraries are other big reasons why you should prefer Python for your upcoming web project. A wider talent pool is available for the Python language as compared to other programming languages. You can soon initiate the MVP (Minimum Viable Product) or a big web project using Python.

All you need to do is consult a reputed Python development company or meet experienced Python consultants to build a team quickly and start the development process as soon as possible for your enterprise.