The Secret Weapons of Fake News 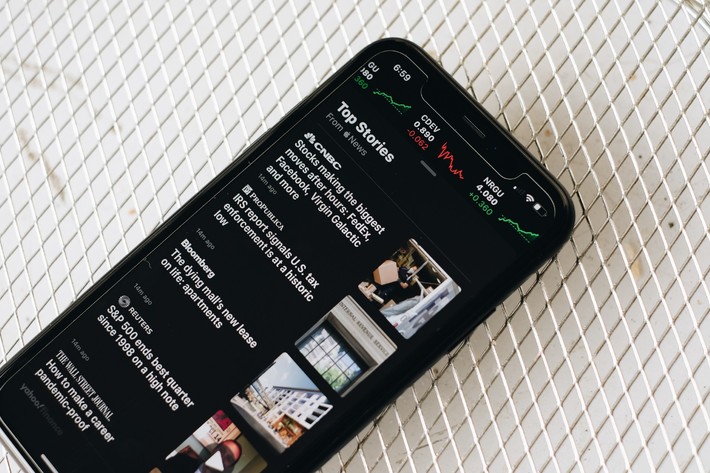 Modern fake news has evolved into a complex organism, carefully designed to hide its deceptive mechanisms from any potential victim. But although the fake news field has grown into every possible digital channel, the truth is that at its core, in order to be effective, it still relies on exploiting our most basic human characteristics.

Almost 200 years ago, Arthur Schopenhauer examined different methods that work to produce a victory in an argument, regardless of where the truth lies. And the tricks he describes are meant to persuade not just the opponent but, more importantly, the audience of the dispute. Today, we are the audience in Shopenhauer’s world.

Fake news can sap the public’s confidence in the functioning of a system or parts of it, for example, the creditworthiness of a credit institution, which can also get amplified in the financial system through automated trading algorithms that scan the internet and social media for certain keywords.

Once the truth value of a proposition is assessed, the mental representation of that proposition is somehow altered or “tagged” to indicate its truth value, or otherwise, people would have to reassess the validity of their knowledge each time they deployed it.

The basic principles are detailed next:

Cognitive biases describe the irrational errors of human decision making, and affect virtually every action we perform: from the way we shop, invest, judge people, or vote.

We use mental shortcuts to make judgements and decisions everyday since our brain attempts to simplify information processing, but this biological efficiency comes to a cost.

While our mental mechanism is very effective from a biological perspective, its limitations can cause errors (or cognitive biases) that can be exploited, since our minds often respond to the world automatically and without our awareness.

The anchoring effect bias is our tendency to rely too heavily on the first piece of information we get exposed to, particularly if that information is presented in numeric form, when making decisions, estimates, or predictions. In a fake news context, this means that whatever the content and credibility of the news, it serves as an a.... Even if the reader reaches the conclusion that the news is not true, and given that no prior knowledge of the topic existed, he/she might still be influenced by the news in the judgment of the topic. Also, the higher people evaluate the authority or credibility of a source, the higher is the effect of the respective anchoring function of the news.

The framing effect is another extremely powerful bias, which relates to what happens when we make decisions based on how information is presented or discussed, rather than its actual substance. People are generally biased to support an option that they view as a gain over an option that they view as a loss, even if both options yield the same result. “Framing” not only impacts the way an audience develops attitudes a...: the overall process through which we evaluate the news.

If belief is first, easy, and inexorable and doubt is retroactive, ..., then it becomes crucial to strike first. The one who sets the idea first will have a huge leverage over its opponent. Ideas are not mere candidates for belief, but potent entities whose simple communication automatically alters the behavioral propensities of the listener.

If you strike with fake news first, you may not only win your audience’s top-of-mind, but also wear your opponent’s energy. Brandolini’s law (also known as the Bullshit Asymmetry Principle) states that the amount of energy needed to refute bullshit is an order of magni....

Moreover, once a statement has been placed, agents can take advantage of one of the most damaging human biases of all: the confirmation bias, the effect that leads us to look for evidence confirming what we already think or suspect, to view facts and ideas we encounter as further confirmation, and to discount or ignore any piece of evidence that seems to support an alternate view. Once an idea is introduced it’s extremely difficult to modify it, and effective fake news exploits this condition. We all suffer, to a greater or lesser extent, from an illusion of understanding, an illusion that we understand how things work when in fact our understanding is limited, making us hard to question our beliefs.

There are lies, damned lies, and statistics

Fake news can be highly influential when it incorporates the secret language of statistics, so appealing in a fact minded culture, and employ it to sensationalize, inflate, confuse, and oversimplify. Well-wrapped statistics can be so misleading that only a trained eye might be able to spot them.

Darrell Huff wrote “How to lie with statistics” to detail the different ways in which statistics can be used to deceive. Fake news that employ statistics and truth-based aspects uses strategies like:

The chart on the left breaks the scale at 5.25%, which depicts a more dramatic scenario than reality (right). Source: NatGeo

Data can be molded to tell whatever we want to tell: it’s just another ingredient of the storytelling. But its real power resides in the fact that it can give fake news replicability: if a piece of information looks “scientific enough”, it can be easily picked up by any mass media conglomerate under the illusion of being validated. Using data smartly can turn a simple piece of fake news into a weapon of mass destruction, and technology is there to viralize it.