Summary:  Proof of Concept projects are a popular place to start but they may be the wrong solution.  To ensure success focus on Proof of Value and alignment with the company’s strategy.  Get the right executive sponsor and keep them involved. 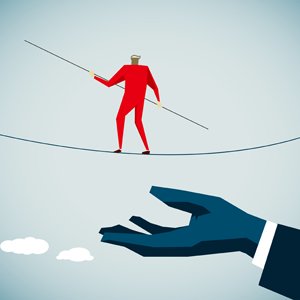 If you Google ‘Data Science Proof of Concept’ you will find dozens if not hundreds of articles extolling the virtues of starting with a POC.  And yet it is a common experience that while a POC may lead to a larger implementation of what the POC was designed to demonstrate, this method of getting started with predictive analytics and Big Data is frequently not in the interest of the company as a whole.

What Exactly is a POC

Here’s what we mean by a POC.

In short, these are extremely narrowly defined demonstrations that leave little or no value behind except for having provided the sponsor with cover against risk and now the ability to go and ask for funding for this specific application.

The typical sponsor of a Big Data and predictive analytics POC is a senior or mid-level manager in IT or on the business side, but not C-level.

What’s wrong with this?  If you’re a Big Data or analytics platform developer probably nothing.  The successful POC allows you to sell your platform to the client – mission accomplished.  If you’re a data science consultant, same outcome.  You sold some hours and hopefully established the basis for more billable work in the future.

But if you’re the company you got:

Why Have So Few SMBs Embraced Predictive Analytics and Big Data?

There are still no unbiased surveys of actual penetration of predictive analytics and Big Data among SMBs but it’s estimated to be suprisingly low.  About two years ago Gartner estimated it was no more than about 12%.  Given the wide press coverage we might generously estimate 20% today.  What’s going on?

One of the chief culprits is the ongoing belief among C-level execs that Big Data and predictive analytics is just technology.  If it’s just technology then we’ll wait for the IT department to explore it and they’ll let us know how it should be fit into our existing technology stack.

John Weathington wrote a good article a few years back in which he observed:

“As I scan the most prominent literature on leading change from legendary authorities like Kurt Lewin and John P. Kotter, nowhere do I find the idea of a "proof of concept." In fact, the only place I come across this construct is in IT circles. That's because IT people come from the engineering subculture, and in their culture you never release anything that's not perfect. The proof-of-concept is a way for them to reduce risk with experimentation without releasing a sub-par product.”

Real executive leadership is missing in the POC driven model that treats Big Data and predictive analytics as just technology.  The CIO budget holder makes the decisions about allocating a (small) portion of his budget to this fancy new technology.

The POC-driven model combs through some portion of the company’s data looking for something, anything that works.  When a POC is successful the CIO can present findings to the business leads and perhaps then those business unit heads for whom the POC has some benefit will provide some sponsorship.

It’s not unusual for this model to continue for some time.  The result can be some data science capabilities but ones that are separate and siloed and treated as narrowly defined tools.  These are typically not efforts that have been intentionally aligned with the company’s strategic objectives.

If Not POC, Where Should You Start?  With Executive Sponsorship and a Data Strategy.

If you do a quick read through of some of the Gartner or O’Reilly studies you’ll quickly see that a lack of executive sponsorship is one of the major barriers to adoption.  So isn’t the POC a good way to get the attention of the C-level?  Yes and no.

If as we described above it leads to the adoption of a series of stand alone ‘technology projects’, then no.  If it was really necessary to start with little firecracker POCs to demonstrate the explosive strategic value of becoming data-driven, then maybe so.

Here’s a simple change of mindset (borrowed from John Weathington referenced above) that instead of focusing on Proof of Concept, we should instead create projects to demonstrate Proof of Value.  By focusing on value we change the orientation so that any projects are aligned with value to the company.  In other words, they are aligned with the company’s strategic objectives.

So What’s a Mid-Level Project Sponsor To Do?

Let’s suppose you are the same mid-level manager, either IT or business side, who believes that predictive analytics and Big Data have value for your specific area of focus.  In the past you are exactly the person who would try to find a small amount of budget and design a POC.  If the project is successful you hope it will win you a bigger budget for implementation of your specific project.

Let’s take an example.  You are a product manager in a national retail chain with hundreds of stores and an on-line catalogue sales channel as well.  You’re responsible for selecting and pricing product in your particular line and making sure the inventory for each store and the on-line channels is lean but never out of stock.  POS data from the stores comes through a third party service and is delayed by about a week.  The on-line sales data is in a separate system and a slightly different format.  It takes about two weeks to get the files you need to analyze and much longer than that if anything changes and IT has to make any modifications to the reports and files you receive.

You know this is a perfect problem to be solved by a simple NoSQL database and some blending and advanced analytic tools.  With all the data in the same place, as soon as it happens, and with the right tools for forcasting volumes, you could even do more advanced things like dynamic pricing.  This looks like a POC to you.

Here’s what we suggest.

Some Tips for Your POV Project

The key is for your project to be linked to the company’s strategy.  Then think big, start small, and build on the momentum of the first small wins to grow your data-driven culture based on advanced analytics.