As data scientists it’s very cool to be at the forefront in this age of techno-optimism.  Since the awakening of the digital age calculated by economic researchers to have begun about 1994, a wave of increased productivity has been credited to computer-related innovations resulting in higher standards of living for many if not most.

1994 roughly marks the beginning of the great digital computer automation of industry starting with the early MRP, finance, and HR systems, evolving through the age of reengineering, out-of-the-box ERPs, and arriving through many twists and turns here in the app age where AI plays a large and growing role.

If I asked you when you think AI really got underway, you could point to many of the benchmarks that have occurred within this last 22 years back to IBM’s Deep Blue chess computer and then forward through autonomous vehicles particularly dependent on the AI of image processing.  In fact, much before 1994 AI was more of an aspiration than a reality.

These were not luminous times for AI.  For many decades if not generations AI was almost an academic dead end failing to attract the volume of gifted researchers needed.

But if you look back before this ‘modern’ period, and back before the worldwide conflicts at the beginning of the 20th century you will find the oldest roots of AI not in post-war America but in about 1914 Spain. 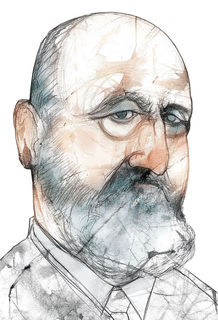 The oldest acknowledged AI ‘computer’ is credited to Leonardo Torres y Quevedo (1852-1936).  Torres was quite literally the Thomas Edison of Spain, complete with a laboratory in which other luminaries contributed to great inventions, as well as his own list of patents and innovations including calculating machines, dirigibles, electronic remote controls, and a design for a small funicular suspended car, a version of which has been in continuous operation over Niagara Falls since 1916.

What data science has to thank Torres for is his invention of a chess playing robot (“El Ajedrecista” Spanish for Chessplayer”).  Since the word for ‘robot’ did not yet exist, in the language of the day it was an ‘automaton’.

In fairness, his Chessplayer did not play out the entire game but was designed for the end game of King and Rook against King.  It didn’t seek to mate in the minimum number of moves and sometimes took more than the regulation maximum 50 moves to succeed, but it did checkmate the opponent 100% of the time.

Is This Really AI?

The tests for what determines artificial intelligence were actually not codified until well after the 1950’s initially by Turing, then by Goertzel and Nilson.  All these definitions relied on a program (frequently projected into the corpus of a robot) demonstrating that it could perform the same complex tasks as a human.

Remember that even a decade ago, an AI application might be developed simply by recording the knowledge of many experts into a decision-tree like structure that allowed non-experts to perform at an expert level of decision making for complex tasks like disease diagnosis or the selection of complex devices.

Earlier automatons were essentially digital problems modeled by physical analog devices.  Mechanical clocks are an example of this.  But Torres’ Chessplayer was in fact modeled on an algorithm that he had worked out himself.  Here it is: 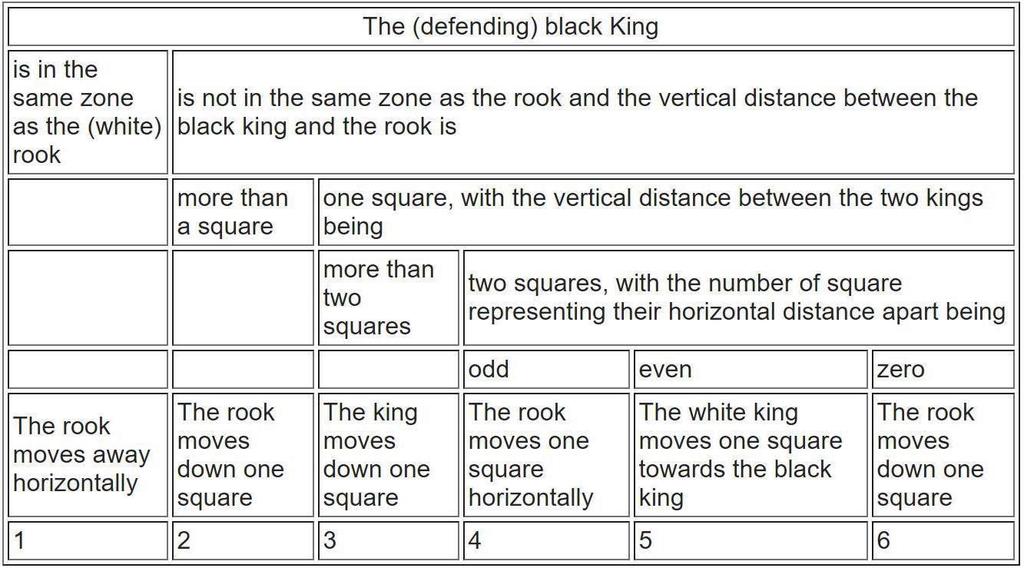 Torres in his youth studied many fields in engineering including the early and rapidly evolving field of electricity.  The Chessplayer introduced in about 1914 (variously dated between 1911 and 1914) was fully automated and operated without human assistance against a human opponent.  The 1914 version used electromagnets under the board to sense the location of the pieces and guide a mechanical arm to move its own pieces.  The later version about 1920 did away with the mechanical arm and used the electromagnets under the board to move the pieces.

It could play from any starting position of pieces.  If the opponent made an illegal move the Chessplayer would display a signal light and refuse to make a move.

Was It Really the First? 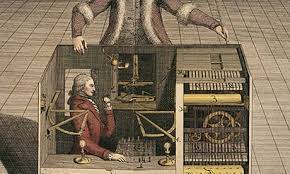 The modern reader may be more acquainted with the famous chess playing automaton known as the Mechanical Turk of Baron Wolfgang von Kemplen, 1769.  This device consisted of a cabinet roughly 4x2x3 feet mounted with a chessboard and a chess playing mannequin.  This device actually obtained quite a reputation on its worldwide tour until it was revealed that a small person occupied the box and was the real chess player.

Curiously, the same fraud was duplicated by Charles Hopper (The Ajeeb, 1868), and Charles Gumpel (The Mephisto, 1878).  Obviously word traveled slowly in those days.

So yes, Leonardo Torres, inventor and early data scientist gets the nod for creating the first algorithm driven (and even electronic) artificial intelligence.  We stand on his shoulders today.