You would think that I am going to talk about new levels of sophistication achieved by cybercriminals. No, here I discuss a different trend: Outright credit card fraud committed by big  businesses, in this case Amazon.

While this is about my experience, and involves more than $1,000 in fraudulent transactions over the course of two weeks, I have no reason to believe that I was specifically targeted. Maybe a million customers have faced the same issue. The fraud was reported to the credit card company, and an investigation started. This is about 6-8 transactions that look highly suspicious, from obscure digital merchants selling online services, and these transactions should have been red-flagged and blocked by Amazon, and the merchants in question banned from the Amazon platform, or not even accepted in the first place, if Amazon had used sound fraud detection algorithms and leverage its huge databases. 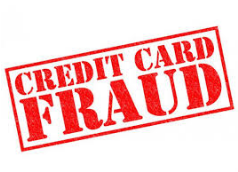 To the contrary, after being contacted by the credit card company, Amazon claimed that the "products" were delivered to my address. A bold lie since since these are not physical products. It is to the point where I consider filing a police report and hiring an Attorney.

My last suggestion would be effective at stopping this type of fraud, which might generate a billion dollar of revenue a year for a company like Amazon. Also, why are they unable to catch this fraud themselves,or red-flag the transactions, when they have one of the largest data science team in the world? You are wondering if indeed, they knowingly benefit from it, and they believe that because of their name, they can go away with crime, ready to settle in court in the rare instances where someone dares wasting her time and money suing them. Maybe a case for a class action lawsuit? If anyone is interested in seeing these fraudulent transactions, I will post them here.