Of all measures of variability, the variance is a well-known example that use the mean as a reference point. However, mean-based measures depend to the scale applied to the categories (Allison & Foster, 2004) and are highly sensitive to outliers. An alternative approach is to compare the distribution of an ordinal variable with that of a maximum dispersion, that is the two-point extreme distribution (i.e A distribution in which half of the population is concentrated in the lowest category and half in the top category). Using this procedure, three measures of variation for ordinal categorical data have been suggested, the Linear Order of Variation - LOV (Berry & Mielke, 1992), the Index Order of Variation - IOV (Leik, 1966) and the COV (Kvalseth, Coefficients of variations for nominal and ordinal catego...). All these indices are based on the cumulative relative frequency distribution (CDF), since this contains all the distributional information of any ordinal variable (Blair & Lacy, 1996). Consequently, none of these measures rely on ordinal assumptions about distances between categories. 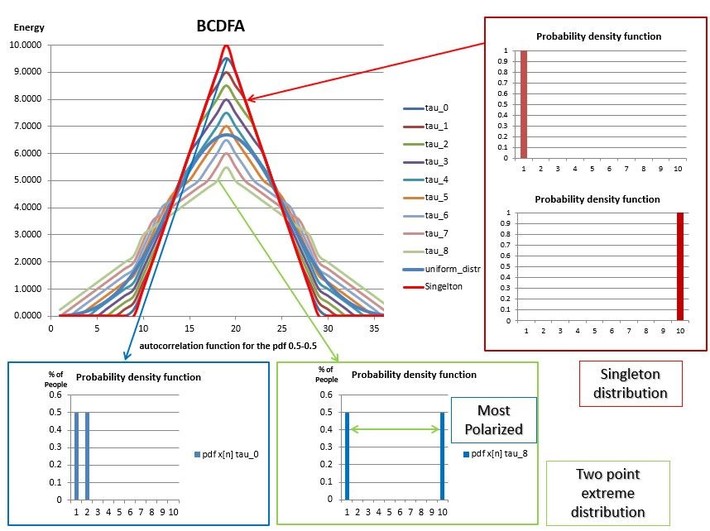