​I think everyone responds well to a good visualisation, so ​that's where we're going to start.

I've created what I call The Hypothesis Wheel, and here it is making its debut in the world: Now, there's a HUGE amount of information in there, and I don't expect anyone to absorb it all with just a quick glance, so it will take you quite a bit of study time to get to grips with it all.

​When making decisions about which hypothesis test to select, you need a plan of action, and here's my 4 step strategy:

There are 4 distinct data types that you'll come across in your research, and they are Ratio (R), Interval (I), Ordinal (O) and Nominal (N), like this:

In terms of the distribution you need to check whether your data (Ratio or Interval data only) are normally-distributed  (ND) or non-normally distributed (NND). Actually, all you really need to know is whether they are symmetrical or not - they don't actually need to be ​full-blown Gaussian distributions to qualify here. 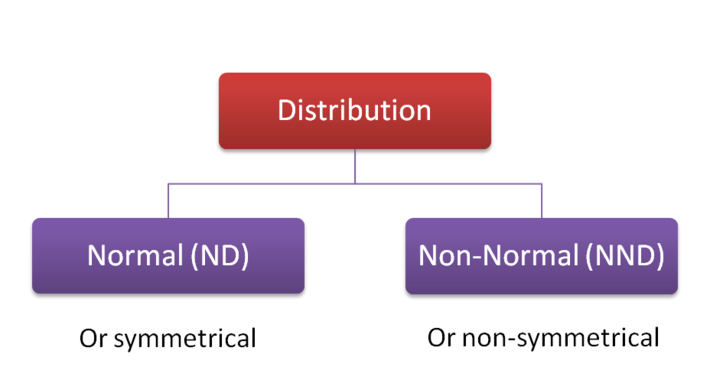 Finally, you need to check (Ordinal or Nominal only) how many classes (categories) there are in your data. It's easier to explain what that means by example - the variable Gender has 2 classes; Male and Female, whereas Colour Of The Rainbow has 7 (ROYGBIV). What you really need to know is whether your variable has 2 classes or more than 2.

To help you navigate around the hypothesis wheel I've colour coded various parts of it, like this:

Spinning further out, in red we have the properties of the predictor variable - again, there are 3 circles for Data Type, Distribution and Number of Classes.

Let's zoom in on a particular example to see how you would use the hypothesis wheel to tell you which univariate test you should use.

Let's say that your hypothesis variable has the following properties:

Now let's see what that looks like on the hypothesis wheel:

Starting from the centre, locate the data type of ​your hypothesis variable (Ordinal). It has more than 2 classes, so ​we locate that too. Spinning out to the red segment, locate the data type of your predictor variable (Nominal). In this case, since the hypothesis variable has more than 2 classes it doesn't matter how many classes the predictor variable has - the correct statistic is the Chi-Squared Test.

​The Hypothesis Wheel is more than just another flow chart that ​helps you choose which statistical hypothesis test you should use. The world doesn't need ​another ​flow chart, it needs a better one - and I believe this is it.

Once you've answered these questions - and they are right there on the chart to help you decide - the Hypothesis Wheel will help you choose the correct statistical tool to use.

But this isn't why it is a framework. It is a framework because if there is a statistical test that is not present on the chart (I've only included the most used hypothesis tests), it is really easy to see exactly where it ​should fit on the Hypothesis Wheel​, like this: