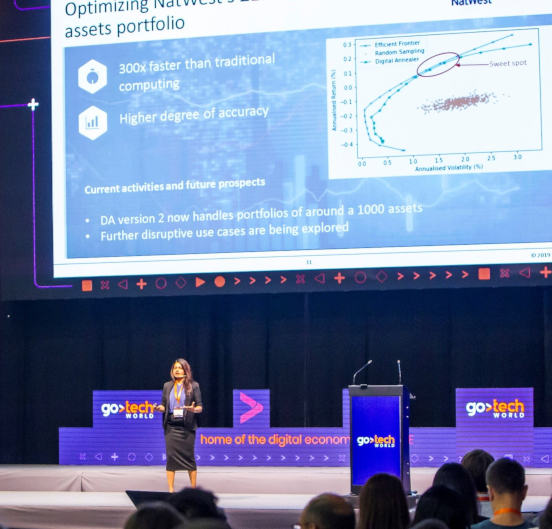 A third type of device is now available from Fujitsu. Fujitsu calls its device a "quantum inspired digital annealer". The Fujitsu device does not have any quantum correlation (quantum entanglement) between separate qubits, so, in that sense, it is not a real qc, and Fujitsu doesn't claim it is, only that it is "quantum inspired". DWave, on the other hand, does claim partial quantum entanglement between the separate qubits of its annealer. The Fujitsu device is an optical device which operates at room temperature whereas DWave and most gate model qcs to date operate at milli-kelvin temperatures. Such extremely low tempreatures require expensive refrigeration equipment to maintain.

For the foreseeable future, gate model quantum computing hardware companies that already have devices (IBM, Google, Rigetti, IonQ, Intel, etc.) will only offer what they refer to as NISQ (Noisy Intermediate Scale Quantum) quantum computers. Such computers perform only partial or no error correction on their qubits. qcs are very prone to error. Eventually, in the far future, the aforementioned gate model qc companies hope to develop FTEC (Fault Tolerant Error Corrected) qcs, which are qcs that are fully error corrected. FTEC is an onerous task; so far, the best methods for doing FTEC utilize as many as 1,000 noisy "physical" qubits to produce a single, noise-free, virtual ("logical") qubit.