Retailers: Better Market Basket Analysis Will Keep You Ahead Of Competition 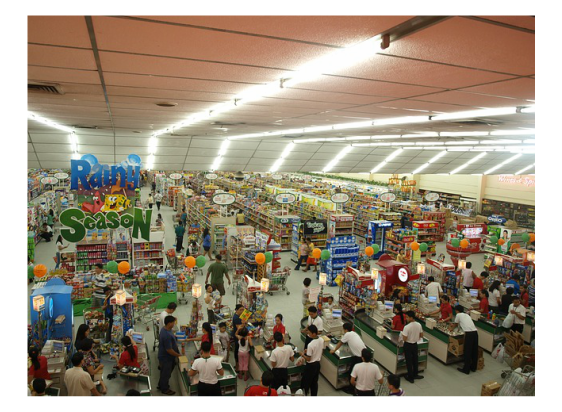 It is but only now that medium and small retailers have started to realize why Amazon and other e-commerce companies have stolen a march over them. Technology gave the latter an edge over the competition. But today, thanks to the proliferation of cost-effective data analytics technology, retail is a much level playing field.

Revenue is pushed most by cross-selling, as Jeff says. There’s a cost attached to acquiring new customers, not to mention the increasing competition between retailers that makes customer acquisition even more difficult. The margins in the retail space are also very tight, so a retailer’s best bet is to sell more to existing customers.

Small and medium grocers today have many resources available. One of them, for example, is easy access to an analytic technique called basket analysis. Once accessed only by big companies like Amazon, market basket analysis can be a powerful tool in the retail business for knowing about a consumer’s shopping habits and preferences. Once you know what an individual customer prefers, that “insider” knowledge can then be used to put out offers to him even before he has thought of buying a product. Stocking your aisles with products that confirm to your customers’ buying preferences is one of the earliest examples of this.

So market basket analysis is a cross-selling and upselling ally, right? Yes, it is although it’s not as simple as it sounds. The key lies in making your recommendation engine achieve a high rate of conversion.

Before I proceed though, let me quickly sum up what market basket analysis and a recommendation engine are all about.

Large retailers use a technique called basket market analysis to understand associations between items that customers buy. Here’s a simple example: Pete buys eggs, and while at that, also buys margarine with it. His buy history shows him doing this almost always in the past, clearly establishing a pattern in Pete’s shopping habit, and a connection between the eggs and the margarine in his shopping basket. A very simple example of market basket analysis.

A recommendation engine is built on top of such basket analysis to “helpfully suggest” items to consumers such as Pete. This “nudge” is an algorithm working in the back-end that analyzes user behavior, taste and preferences. All engines have the same aim, irrespective of where they are deployed – in retail, in entertainment or in banking – to stimulate demand and engage users, and also to act as product filters. Wherever there is a need to give personalized suggestions to users, you will find a recommendation engine in action.

Recommendation engines used by Netflix and Hulu would be the most obvious examples. You may have noticed how after having watched a particular movie or TV series, Netflix throws up a collection of “similar” genre titles for you. So, if you are a Vietnam movie buff and did watch such a film last Sunday, the next “options” thrown up for you will be serials or movies in the Vietnam war category.

So far so good? But only if life was so easy.

Now comes the back-end part which is where all the magic happens. Read about it in Part 2 of this post.