POTUS and the Stock Market 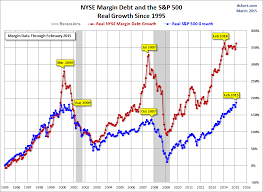 For those who follow the stock market, October's been a pretty rough month, with overall market levels, as measured by major indexes such as the Russell 3000 and the Wilshire 5000, now down into correction territory of 10 percent declines. The falls, unfortunately, closely follow a September 29th speech by the president "touting" his tangible influence on the market. Not very good timing.

Presidents generally shy away from stock market attribution claims, aware that their influence is indirect through the economy at best, and knowing that what goes up can quickly come down -- remember 2008? Former treasury secretary and Harvard president Larry Summers is pointed in his assessment, noting "It’s crazy for a president to wrap himself in the stock market". Investor's Business Daily apparently doesn't share Summers' view, opining "Since the day Donald Trump was elected president in November of 2016 the Dow Jones industrial average has risen by some 35%, making the last 14 months one of the greatest bull-market runs in history." Alas, the IBD article was written six months ago, when all was good.

I agree with Summers and, ever the data geek, just had to test the rosy claims against current data. So I downloaded daily returns of the Wilshire 5000 Index with dividends re-invested. I then contrasted the Wilshire performance of the sitting potus from inauguration day through October 29 against comparable time frames from the potus predecessor's two administrations. My "analytics" were simply percent changes of the Wilshire index over time. I acknowledge the cynic's claims that I chose this time purposefully, just as I point out that the potus and IBD were purposeful in the timings of their promotions as well.

The technology used for the computations included JupyterLab Beta and Microsoft Open R 3.4.4.