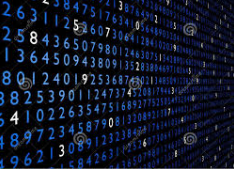 A famous result claims that pretty much all numbers are normal, in the sense that the set of non-normal numbers, though infinite, has a Lebesgue measure equal to 0. Few non-normal numbers are known, and these cases are artificially manufactured, such as the number 0.10110111011110... It is easy to prove, for instance, that numbers not containing the digit 5 in their base-10 representation (a subset of non-normal numbers) are very rare - so rare that the probability for any real number to have this property, is actually 0: Among the numbers with n digits, a proportion p = (9/10)^n do not contain the digit 5; and as n tends to infinity, p tends to zero. But this raises interesting questions (paradoxes):

How do you explain these paradoxes?  Is it possible to have two sets S and S' with a bijection between them, have one of them with a non-zero Lebesgue measure, and the other either with a zero measure or un-measurable? Is it possible that the probability for any real number to belong to S' is zero, yet S' is allowed to have a strictly positive measure?

These are questions for people interested in measure theory and random numbers. Read more about this subject, here.

a proportionIf a number between 0 and 1, with n digits, this feature, and its the decimal representation is (a1)...(an) for the first n digits, then (a1)