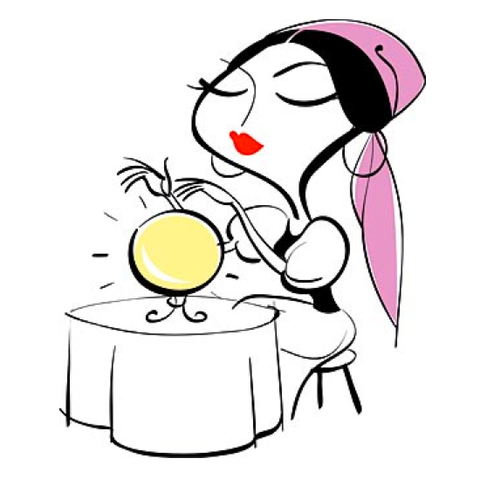 It’s that time of year again when Mary Meeker, the great seer of the internet once again releases her annual Internet Trends 2016 report.  If by chance you don’t know who Ms. Meeker is she is a partner in the VC firm Kliener Perkins and is acclaimed by Forbes to be the 77th most powerful woman in the world.  She started issuing these reports in 1995 at Morgan Stanley and was and is still widely regarded as a guru of the internet. Say what you will, and she is a bit of controversial character, she gathers and analyzes voluminous amounts of data and has a well deserved track record for spotting big picture trends before they are widely recognized.  You should be following her.

Let be clear though.  Meeker writes about trends in the internet, not about analytics.  Those trends range from insightful observations about worldwide demographic changes, status of the world economy, internet and mobile access and penetration, and the motivations of Gen Z, Millenials, and the rest of us when we worship before our little screens.  She then picks a few major themes and trends to explore in greater depth.

Since she doesn’t analyze or comment on the role or even the types of analytics directly I thought it would be interesting to dissect some of these major trends to see what role analytics plays.

If there’s one fault I find in most big-picture thinkers about the internet and its role in technology innovation it is that the best they seem to be able to do is to recognize the growing role of data.  What Meeker’s presentation among others doesn’t do is to recognize that without analytics the data is useless.

As practitioners we are at least partially to blame for letting this last 10 years or so be identified as the era of Big Data.  It should be “Big Data and Advanced Analytics”, but that doesn’t fit a headline or a sound bite quite as well.

All of the trends we’ll examine here sound like they’re driven by user demand.  Demand for increasingly personalized, sophisticated, and easier ways for all of us to partake of services riding on the internet.  But as Data Scientists we know that the capability has to precede user demand, and all the data on which those capabilities rely wouldn’t mean a moo poo without advances in predictive analytics of all types.

You can see clear evidence of the critical role of advanced analytics in these three internet trends Meeker identifies.

It will come as no surprise that the rapid growth of ecommerce has changed the behavior of both sellers and customers.  What was barely 1% of US retail sales in 2000 was almost 11% in 2015.  No one is even venturing a guess at what maximum penetration can be but it’s a safe bet it won’t take another 15 years to double again.

One trend is that physical retailers are becoming digital retailers, and perhaps less expected, digital retailers are becoming data-optimized brick-and-mortar retailers.  Neiman Marcus now gets 26% of its sales on line.  On the other hand a traditional web retailer like Warby Parker (eye glasses) has used its market knowledge to open physical locations.  That data insight allows Warby Parker to earn $3,000 per sq ft of retail space making it the second highest in sales per sq ft behind only Apple at $5,546 and ahead of Tiffanys at $2,951.

The New Normal:  Drive Transaction Volume > Collect / Use Data / Launch New Products Particularly Private Label.  Increasingly there is less differentiation between the concepts of product, brands, and retailers.  The digital retailer Warby Parker is also the brand.  Amazon is increasingly introducing private label ‘Amazon’ products.  The retailer/brand reaches out direct to consumer and comes directly into our homes.  Stitch Fix, which uses a combination of algorithms and human consultants sends their automatically selected but human curated clothing selection directly to their largely female customer base on a monthly subscription basis allowing the customer to pick what they want while trying them on in their own home and return the rest.

In this realm it is the combination of always-on connectivity, hyper-targeted marketing, images, and personalization that are at the core of these evolving trends.  This in turn relies on the Data Scientists ability to develop increasingly segmented micro-targeted models for purchase behavior, and to analyze and optimze the web behavior of customers by increasingly accurate and fast analysis web analytics. 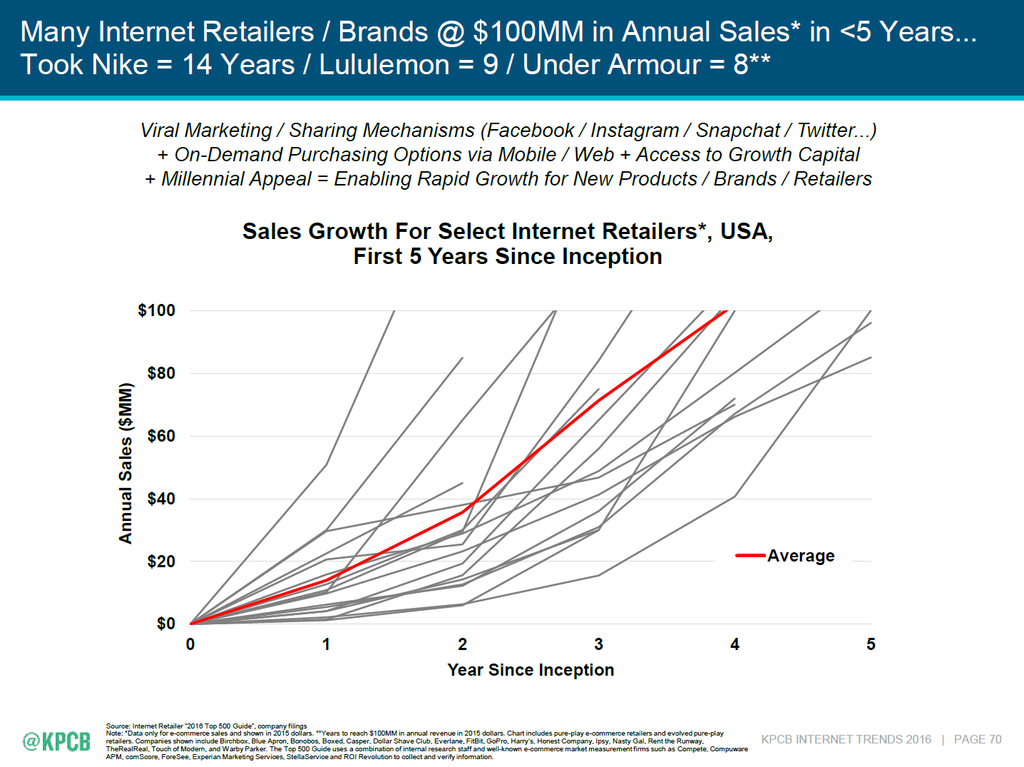 Digital retailers who embrace these skills can scale up between 2X and 10X faster than traditional retailers.

Deep Learning has brought rapid improvements in image processing accuracy.  As an example, the company Nervve Technologies now has a commercial offering that can scan several hours of video in just a few seconds and accurately identify all the instances of a particular image.  This could be a specific face but for now they are putting it to use to track and count the number of times the logos of commerial sponsors appear on team uniforms at NFL games in order to determine how many minutes of advertising exposure should be billed to the advertiser.

In ecommerce the uses are even stronger.  Gen Z has shown a strong bias for communicating in images over text.  Increasingly on-line shopping means searching for images of what you might like to buy, then clicking on that image to take you to the ecommerce site.  The ability to identify and tag desirable consumer goods in virally produced stills and video is the key component.  Companies like Houzz (for tagged household décor and furniture items) and Pinterest (for just about everything) rely on these click throughs as a major source of revenue.  55% of US respondents said they used Pinterest to find and shop for products, second only to the entertainment of simply viewing the photos (60%). 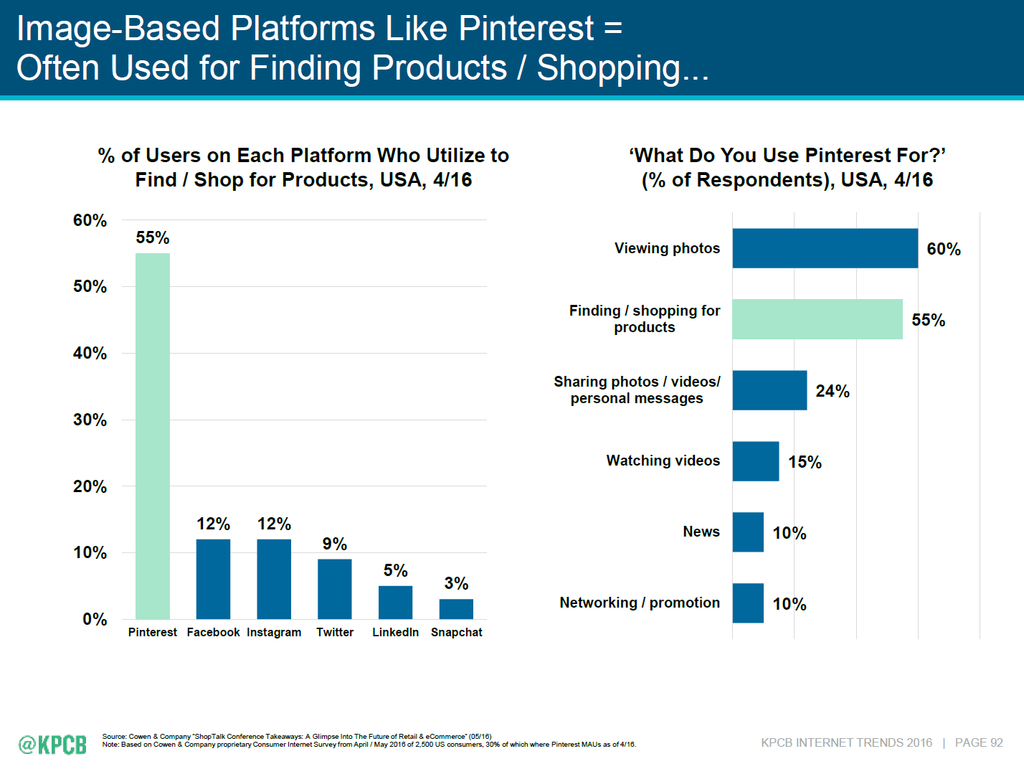 The other major improvement brought to us by Deep Learning is the accuracy of voice recognition.  While the data science techniques in ecommerce and even in image recognition above can be seen to have traditional benefit in predicting human behaviors, voice recognition promises to change our entire relationship with the digital device world.

Meeker proposes that over the entire history of our interaction with computers there has been a major innovation in how we interact with the machine about once per decade and directing our devices with natural speech is the next. 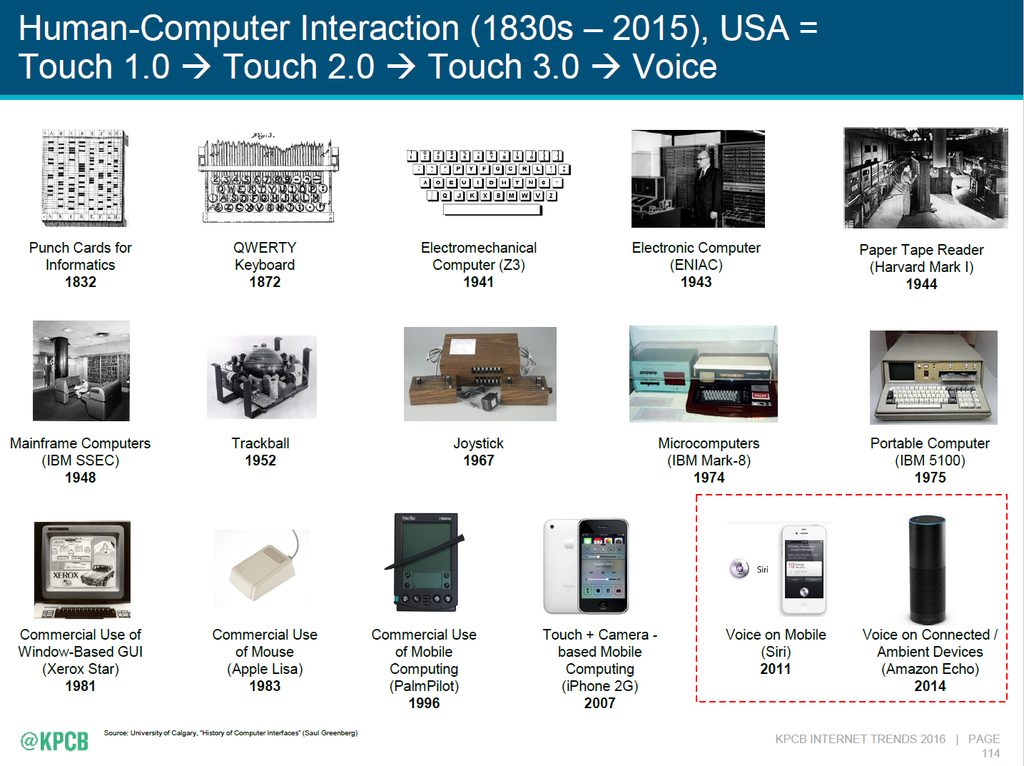 Why?  Well we speak at about 150 wpm but type at only about 40 wpm.  It’s hands-free.  And when perfected it will be able to deal with context based on previous questions, previous interactions, or your physical location.  From a device standpoint it requires only a microphone and a speaker, instead of the large real estate and processing cost of a keyboard.

So what’s changed?  Thanks to data science the two deal breakers that have existed for so long are on the verge of falling.  First, accuracy which had been hovering around 95% is now moving up to 99%, and second, latency.  No one wants to wait several seconds for a response.  These break throughs are game changers. Whether it’s SIRI, ALEXA, ECHO or your new car, natural language speech is likely to become the human-computer interface of choice fairly rapidly.

While we’ve given a pretty good overview of how advanced analytics underlies many of these emerging internet trends we’ve really only scratched the surface of Ms. Meekers observations which you should review for yourself.

Take a bow Data Scientists.  Without you these trends would never come to be.

Theoretical Physicist, Dr Michio Kaku has a rough idea of what the internet may look like in the next 30 years. The following lecture was from 2009.