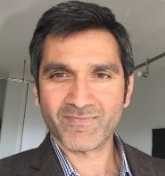 The tech industry has gone berserk - everyone wants to develop “skills in Machine Learning and AI” but few are willing to put in the hard yards to develop the foundational understanding of the relevant Math and CS - Linear Algebra, Probability Theory, Multivariate Analysis, Data Structures, Algorithms, Optimization, Functional Programming. In the past few years, I have coached a few people specifically in Linear Algebra as I think this is the most important topic to master. I am happy to report that the coaching has gone well - it was relatively pain-free and some actually fell in love with Linear Algebra! So I thought I should write down the highlights of the advice I've been giving on how to learn Linear Algebra by viewing it through the right lenses.

In fact, these six concepts learnt through the lenses I described serve as a quick introduction to Linear Algebra that prepares you for learning Machine Learning, Optimization, AI or more generally, Applied Math. You will of course run into other Linear Algebra details in the process of learning these Applied Math topics, but once grounded in these foundationals, you will pick up those details on the fly pretty quickly (eg: wiki will then be your great friend!).