In part 1 of this article series, I provided a quick primer on graph data structure, acknowledged that there are several graph based algorithms with the notable ones being the shortest path/distance algorithms and finally illustrated Dijkstra’s and Bellman-Ford algorithms.  Continuing with the shortest path/distance algorithms, I have illustrated Floyd-Warshall and A* (A-Star) algorithms in this part 2 of the article.  As was stated in part 1, while the inner workings of these algorithms are thoroughly covered in many text books and informative resources online, I felt that not many provided visual examples that would otherwise illustrate the processing steps to sufficient granularity enabling easy understanding of the working details.  In addition, a solid understanding of the intuition behind such algorithms not only helps in appreciating the logic behind them but also helps in making conscious decisions about their applicability in real life cases.

Floyd-Warshall’s algorithm is a dynamic programming based algorithm to compute the shortest distances between every pair of the vertices in a weighted graph where negative weights are allowed.  Dynamic programming is a problem-solving approach in which a complex problem is incrementally solved, essentially iteratively, in a way that the values computed in previous iteration are used to compute the values in the current iteration.  As such, to qualify for dynamic programming, a problem should be divisible into sub-problems with identical problem context.  Floyd-Warshall employs dynamic programming approach by dividing a path between two vertices into two sub-paths that are connected via a third intermediary vertex.  For example, a path between vertices A and D can be considered as a path via a third intermediary vertex C so that distance d(A,D) can be computed as sum of distances d(A,C) and d(C,D), i.e., d(A,D) = d(A,C) + d(C,D) and then the path between vertices A and C can be further considered as a path via yet another intermediary vertex B so that d(A,C) = d(A,B) + d(B,C).  As such, the main problem of computing distance between vertices is divided into sub-problems of computing intermediary distances wherein both the main problem and the sub-problems deal with the identical context of finding distances between two vertices.  At every step in the dynamic programming approach, Floyd-Warshall algorithm determines a shortest tentative distance between two vertices.  Note that a distance between two vertices is considered as tentative until algorithm confirms it to be the shortest distance.  The core of the algorithm is that the shortest distance between vertices A and C is minimal of either the tentative shortest distance found so far between A and C or the sum of the tentative shortest distances from A to B and from B to C, where B is the intermediate vertex.  The algorithm iterates over the vertices of the graph and at each iteration, treats current iteration vertex as the intermediary while evaluating the tentative distances between pairs of other vertices.  The algorithm completes after testing every pair possible in the graph and every intermediate vertex possible between a pair. 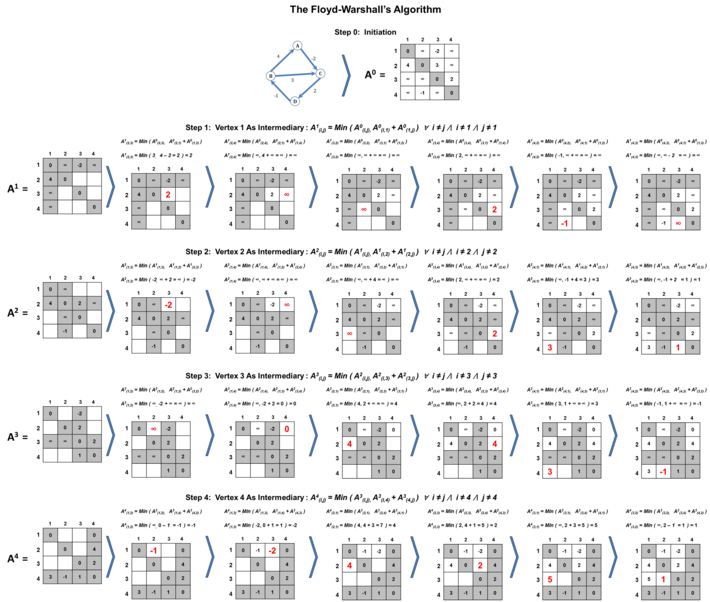 A* algorithm is a heuristic based, greedy, best-first search algorithm used to find optimal path from a source vertex to a target vertex in a weighted graph.  As was stated in part 1, an algorithm is said to be greedy if it leverages local optimal solution at every step in its execution with the expectation that such local optimal solution will ultimately lead to global optimal solution.  A* algorithm works on a greedy expectation that a vertex with lowest evaluated cost is the best vertex to be on the path that will lead to the optimal path from the starting vertex to the target vertex.  Incremental estimate of cost is evaluated based on two cost components.  If V is the next vertex on the path, then the estimate of the cost is given by f(V) = h(V) + g(V), where h(V) is a heuristic associated with vertex V and g(V) is the estimated cost of the path thus far from the source vertex to vertex V.  While g(V) is estimated as sum of edge weights from the source vertex to vertex V as in Dijkstra’s algorithm, the value h(V) is an assigned value to vertex V that can be considered as a metric indicating how close vertex V is from the target vertex. 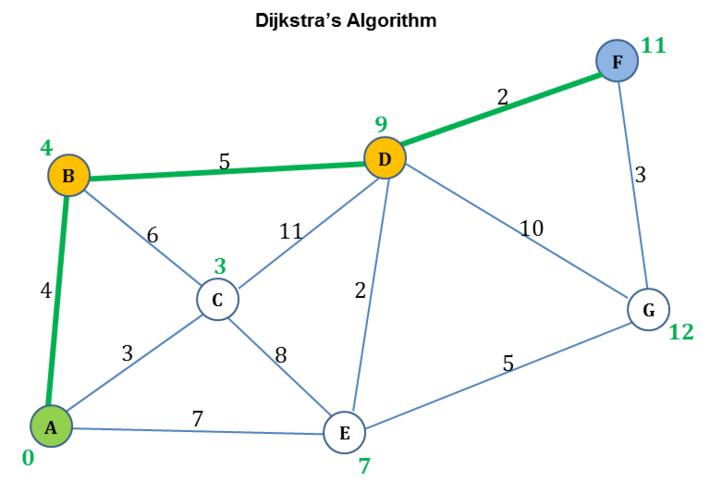 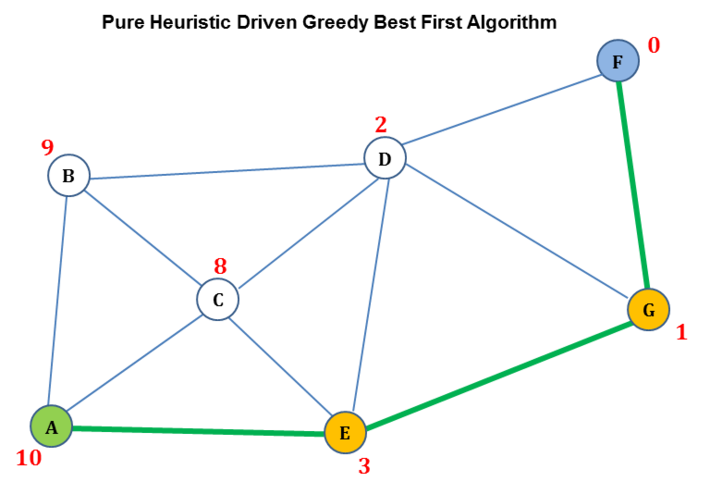 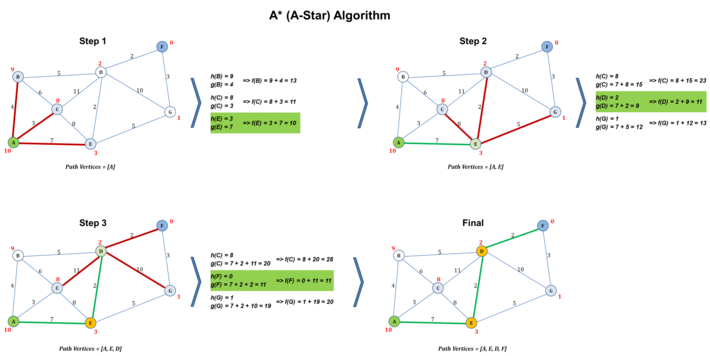 Figure 6 : Illustrations of A* Algorithm

One of the main challenges in employing A* algorithm is the determination of vertex heuristic values.  There are suggested methods to compute either exact values or approximate values, covering whose detail is perhaps a different discussion topic.  Whichever method is employed, it is generally suggested that heuristic values assigned to vertices are distinct so that no two vertices get the same heuristic value.  This is to avoid the need for breaking a potential tie when more than one vertex ends up getting same f(n) value.  The selection of the heuristic computation method also impacts the time complexity of A* algorithm.  In the worst case, the time complexity can depend exponentially on the number of vertices for which f(n) value would need to be evaluated.

In the upcoming continuation parts of this article, I will cover additional graph based shortest path algorithms with concrete illustrations and I hope that such illustrations would help in understanding intuitions behind such algorithms.