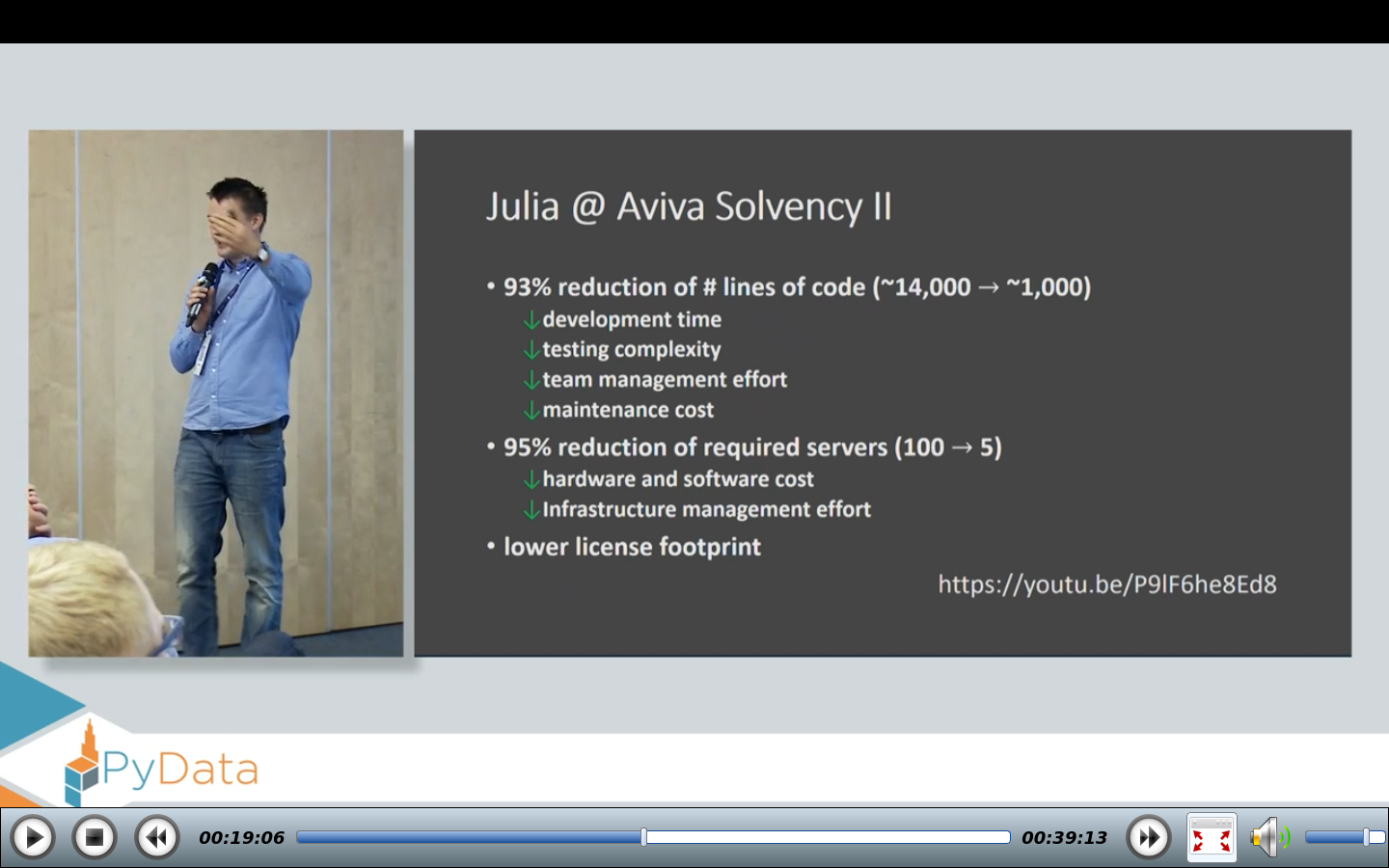 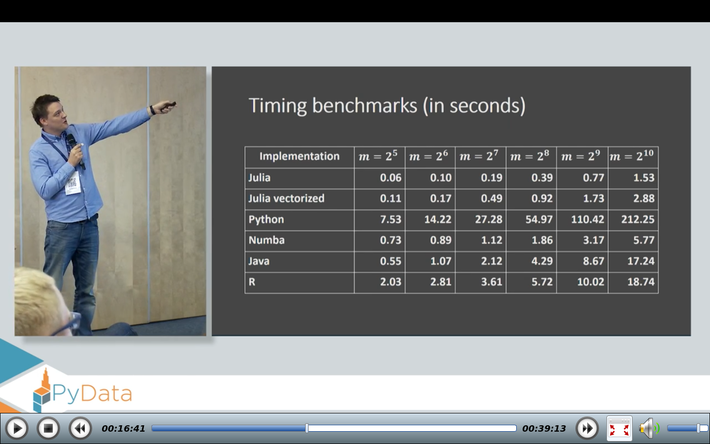 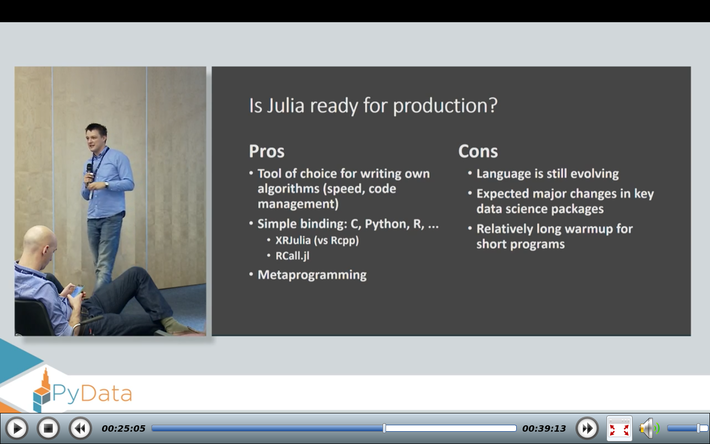 Julia community is quite friendly and helpful. One thing I can’t take off my mind is when I was writing toy programs in Python and Ruby. Python looked much friendlier and Ruby looked alien (think less intuitive) and C hurt the head. I read Why's Poignant guide to Ruby at that time. After 5 years of coding totally in C and C++, I feel quite comfortable with both, they still surprise me though sometimes. I don’t know why but whenever I looked at Julia code/syntax, it always reminded me of Ruby. The syntax feels the same (means less intuitive). I struggle a bit too. Writing Python code I felt was much easier but that easiness and friendliness and intuitiveness wears-off in a week. At the same time of trying out a 100 different languages and environments, I think this easiness/friendliness or lack of it has not much to do with mastering the language and its design and liking it at heart. It all comes with practice and associating with people who already know the language, you just have to follow their guidance. So, yeah, Julia community is full of helpful people. I am still wondering though how long it will take me to get over this mental obstacle of lack of intuitiveness towards Julia syntax. I only know one way, get immersed in the language and its community and write good code, read reference docs/manuals, read blogs and articles on good coding practices in Julia. You must eat, breathe and sleep with the language and the guidance provided by its community. This is how I became good at programming.

I like Lisp a lot, you will too if you work with it. Lisp could never break out into the mainstream. The languages it influenced (Python, Ruby, Scala, Perl etc.) all became mainstream but Lisp could not. I have even read Kent M Pitman's long conversations on Scheme Language Standard on comp.lang.scheme newsgroup (try Aioe and Pan Newsreader ) when I was choosing to learn between Scheme and Common Lisp (one such conversation can be found on Google Groups). I read all that out of strong interests, now I realize it was all a part of experience towards a greater understanding of programming languages. I liked Lisp and I wanted performance. I think Julia will be mainstream in a few years and it is the language I was waiting for since the day I wrote my first program. If you like programming even a bit, if it touches your heart, you must code in Julia, must-read its documentation. It is a breath of fresh air after a long time.

I share most of your point of views on programming languages. Like you, I hope Julia will help me spend my mental energy on the problem rather than on the technical issues of the language.

Have you ever had a look at APL and J, its successor?