I came across a jaw-dropping article from the Brookings think tank two weeks ago.

The column noted that "household employment data reported by the Bureau of Labor Statistics (BLS) show that Americans with college degrees can account for all of the net new jobs created over the last decade. In stark contrast, the number of Americans with high school degrees or less who are employed, in this ninth year of economic expansion, has fallen by 2,995,000." The analysis primarily examined the period 2008-2017, which includes a deep recession, a tepid recovery, and finally a steady expansion of the U.S. economy. 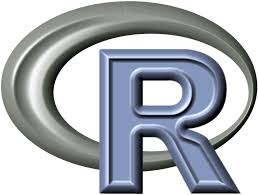 The article also linked to the supporting BLS website. Of course, I just had to get my hands on and play with the data. I love doing this type of simple "data analysis" work, which, in my view, is the use of data wrangling, querying, summarizing, graphing, and statistical techniques to tell an analytic story.

The BLS data ultimately consists of 24 spreadsheets, each housing monthly data from 1992-2017 cross-classifying one of six metrics (civilian labor force, participation rate, employed, employment-population ratio, unemployed, and unemployment rate) by one of four levels of education (less than a high school diploma, high school graduate -- no college, some college or associate degree, and Bachelor's degree and higher). Thus, for example, one can download a spreadsheet of employed, high school grad monthly figures for 1992-2017.

For the analyses below, I included 12 spreadsheets of levels of education by measurements labor force, employed, and unemployed, noting metric and education level in the new file names. I then used Jupyter notebook with the R statistical platform to munge and analyze the data. What follows are notebook cells detailing R code and output from my endeavor.

The full article with commented source code (in R) and charts, is available here.