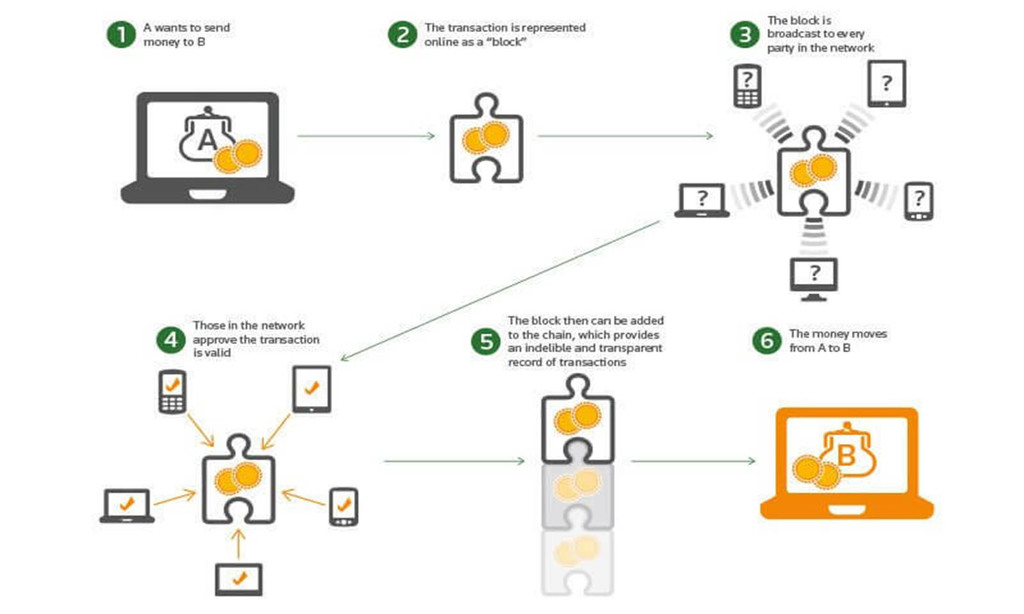 “Arguably the most significant development in information technology over the past few years, blockchain has the potential to change the way that the world approaches big data, with enhanced security and data quality just two of the benefits afforded to businesses using Satoshi Nakamoto’s landmark technology.”

What is a Blockchain?

Blockchain is a distributed database system that acts as an “open ledger” to store and manage transactions. Each record in the database is called a block and contains details such as the transaction timestamp as well as a link to the previous block. This makes it impossible for anyone to alter information about the records retrospectively. Also, due to the fact that the same transaction is recorded over multiple, distributed database systems, the technology is secure by design.

With the above in mind, blockchain is immutable – information remains in the same state for as long as the network exists.

When you talk about blockchain in the context of Bitcoin, the connection to Big Data seems a little tenuous. What if, instead of Bitcoin, the blockchain was a ledger for other financial transactions? Or business contracts? Or stock trades?

The financial services industry is starting to take a serious look at block chain technology. Oliver Bussmann, CIO of UBS says that blockchain technology could “pare transaction processing time from days to minutes.”

The business imperative in financial services for blockchain is powerful. Imagine blockchains of that magnitude. Huge data lakes of blocks that contain the full history of every financial transaction, all available for analysis. Blockchain provides for the integrity of the ledger, but not for the analysis. That’s where Big Data and accompanying analysis tools will come into play. Recently, a consortium of 47 Japanese banks signed up with a blockchain startup called Ripple to facilitate money transfers between bank accounts using blockchain. The main reason behind the move is to perform real-time transfers at a significantly low cost. One of the reasons traditional real-time transfers were expensive was because of the potential risk factors. Double-spending (which is a form of transaction failure where the same security token gets used twice) is a real problem with real-time transfers. With blockchains, that risk is largely avoided. Big data analytics makes it possible to identify patterns in consumer spending and identify risky transactions a lot quicker than they can be done currently. This reduces the cost with real-time transactions.

In Industries outside of banking too, the main drive for adoption of Blockchain technologies has been security. Across healthcare, retail and public administration, establishments have started experimenting with blockchain to handle data to prevent hacking and data leaks. In healthcare, a technology such as blockchain can make sure that multiple “signatures” are sought at every level of data access. This can help prevent a repeat of events such as the 2015 attack that led to the theft of over 100 million patient records.

Up until now, real-time fraud detection has only been a pipe dream and banking institutions have always relied on using technologies to identify fraudulent transactions retrospectively. Since the blockchain has a database record for every single transaction, it provides a way for institutions to mine for patterns in real-time, if need be.

But all of these possibilities also raise questions about privacy and this is in direct contradiction to the reason why blockchain and bitcoins became popular in the first place. Several industry experts have expressed concerns that a technology that can provide a record of every transaction can be exploited for everything “from customer profiling to other less benign reasons”.

From another perspective however, blockchains greatly improve transparency in data analytics. Unlike previous algorithms, the blockchain design rejects any input that it can’t verify and is deemed suspicious. As a result, analysts in industries such as Retail only deal with data that is completely transparent. In other words, the customer behavior patterns that blockchain systems identify are likely to be a whole lot more accurate than it is today.

The data within the blockchain is predicted to be worth trillions of dollars as it continues to make its way into banking, micropayments, remittances, and other financial services. In fact, the blockchain ledger could be worth up to 20% of the total big data market by 2030, producing up to $100 billion in annual revenue. To put this into perspective, this potential revenue surpasses that of what Visa, Mastercard, and PayPal currently generate combined.Big data analytics will be crucial in tracking these activities and helping organizations using the blockchain make more informed decisions.

Data intelligence services are emerging to help financial institutions, governments, and all kinds of organizations delve into who they might be interacting with on the blockchain and uncover “hidden” patterns. As the popularity of bitcoin advanced in 2014 and 2015, the virtual currency began to fluctuate heavily as a result of real-world events and the general public’s sentiment about the technology. These fluctuations are proof that the virtual currency has several characteristics that make it ideal for social data predictions.

According to Rick Burgess of Freshminds: “Using social data to predict consumer behavior is nothing new, and many traders have been looking to include social metrics into their trading algorithms. However, because there are so many factors involved in pricing most financial instruments, it can be extremely difficult to predict how markets will change.”
Fortunately, bitcoin users and social media users tend to align quite well, and it may be beneficial to use them both for data analysis, as he further explains:

According to Bill Schmarzo, CTO of Dell EMC Services, blockchain technology also “has the potential to democratize the sharing and monetization of data and analytics by removing the middleman from facilitating transactions.” In the business world, this gives consumers stronger negotiating powers over companies. It allows consumers to control who has access to their data through the blockchain. They could then demand pricing discounts in exchange for revealing data on their personal consumptions of a company’s product or service.

Schmarzo also explains how the blockchain may lead to new forms of data monetization because it has the following big data ramifications:

Ultimately, the blockchain could become a key enabler of data monetization by creating new marketplaces where companies and individuals can share, sell, and offer their data and analytical insights directly with each other.

Spearheaded by the large scale adoption of bitcoin, blockchain technologies are gaining ground throughout the business and financial worlds. The fast and secure transactions it facilitates could potentially revolutionize traditional data systems. According to a survey, one-third of decision makers trust their company’s data. But with blockchain technologies, this trust can be considerably strengthened, and real applications will become much more commonplace.