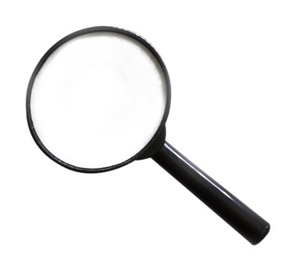 Exploratory Data Analysis (EDA) is an approach/philosophy for data analysis that employs a variety of techniques (graphical and quantitative) to better understand data. It is easy to get lost in the visualizations of EDA and to also lose track of the purpose of EDA. EDA aims to make the downstream analysis easier. To put EDA in context, the Data Science steps are: Obtain data, Clean and load data; Exploratory Data Analysis; Model building; Model evaluation; Data visualization and presentation

In this post, we present a systematic approach to EDA (based on the sources listed below) to present EDA techniques in a concise manner.

If we are focusing on data from observation of a single variable on n subjects, i.e. a sample of size n, we also need to look graphically at the distribution of the sample. Given a large enough sample size, we assume that the distribution is normal. A more detailed explanation is HERE. There are exceptions to this idea – for example – distributions could evolve over time, the distribution could be unknown etc but for most cases, the normality conditions apply.

Univariate non-graphical EDA techniques are concerned with understanding the underlying sample distribution and make observations about the population. This also involves Outlier detection.  For univariate categorical data, we are interested in the range and the frequency. Univariate EDA for quantitative data involves making preliminary assessments about the population distribution of the variable using the data from the observed sample. The characteristics of the population distribution inferred include center, spread, modality, shape and outliers.  Measures of central tendency include Mean, Median, Mode. The most common measure of central tendency is the mean. For skewed distribution or when there is concern about outliers, the median may be preferred. Measures of spread include variance, standard deviation, and interquartile range. Spread is an indicator of how far away from the center we are still likely to find data values. Univariate EDA also involves finding the skewness (measure of asymmetry) and Kurtosis (measure of peakedness relative to a Gaussian shape).

For graphical analysis of univariate categorical data, histograms are typically used. The histogram represents the frequency (count) or proportion (count/total count) of cases for a range of values. Typically, between about 5 and 30 bins are chosen. Histograms are one of the best ways to quickly learn a lot about your data, including central tendency, spread, modality, shape and outliers. Stem and Leaf plots could also be used for the same purpose. Boxplots can also be used to present  information about the central tendency, symmetry and skew, as well as outliers.  Quantile normal plots or QQ plots and other techniques could also be used here.

For categorical multivariate quantities, the most commonly used graphical technique is the barplot with each group rep-resenting one level of one of the variables and each bar within a group representing the levels of the other variable. For each category, we could have side-by-side boxplots or Parallel box plots. For two quantitative multivariate variables, the basic graphical EDA technique is the scatterplot which has one variable on the x-axis, one on the y-axis and a point for each case in your dataset. Typically, the explanatory variable goes on the X axis. Additional categorical variables can be accommodated by the use of colour or symbols.

EDA is a complex and subjective approach. In this post, we have tried to discuss a set of steps to run EDA techniques so that they provide inputs to the subsequent stages.