How well do facial recognition algorithms cope with a million strangers? 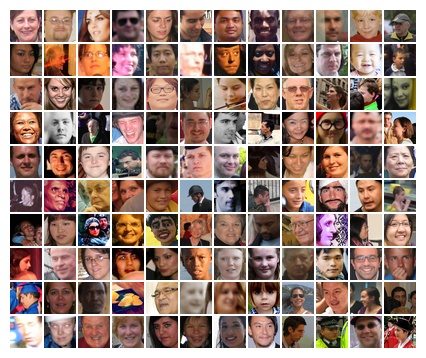 The MegaFace dataset contains 1 million images representing more than 690,000 unique people. It is the first benchmark that tests facial recognition algorithms at a million scale.University of Washington

In the last few years, several groups have announced that their facial recognition systems have achieved near-perfect accuracy rates, performing better than humans at picking the same face out of the crowd.
But those tests were performed on a datasetwith only 13,000 images — fewer people than attend an average professional U.S. soccer game. What happens to their performance as those crowds grow to the size of a major U.S. city?
University of Washington researchers answered that question with the MegaFace Challenge, the world’s first competition aimed at evaluating and improving the performance of face recognition algorithms at the million person scale. All of the algorithms suffered in accuracy when confronted with more distractions, but some fared much better than others.

“We need to test facial recognition on a planetary scale to enable practical applications — testing on a larger scale lets you discover the flaws and successes of recognition algorithms,” said Ira Kemelmacher-Shlizerman, a UW assistant professor of computer science and the project’s principal investigator. “We can’t just test it on a very small scale and say it works perfectly.”

The UW team first developed a dataset with one million Flickr images from around the world that are publicly available under a Creative Commons license, representing 690,572 unique individuals. Then they challenged facial recognition teams to download the database and see how their algorithms performed when they had to distinguish between a million possible matches.