As part of my role as course director of the Artificial Intelligence: Cloud and Edge Computing at the University..., I see more students who are familiar with programming than with mathematics.

They have last learnt maths years ago at University. And then, suddenly they find that they encounter matrices, linear algebra etc when they start learning Data Science.

Ideas they thought they would not face again after college! Worse still, in many cases, they do not know where precisely these concepts apply to data science.

If you consider the maths foundations needed to learn data science, you could divide them into four key areas

All of these are taught (at least partially) in high schools (14 to 17 years of age).

In this book, we start with these ideas and co-relate them to data science and AI.

The relationship can be represented as below: 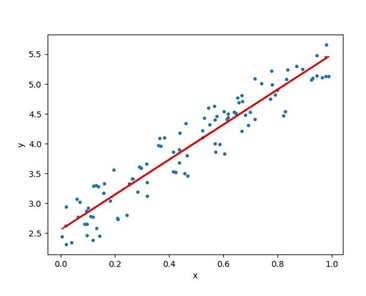 A perceptron can be seen as an ‘artificial neuron’ i.e. a simplified version of a biological neuron. In the simplest case, a perceptron is represented as below. A perceptron takes several inputs, x1,x2,…x1,x2,…, and produces a single binary output: 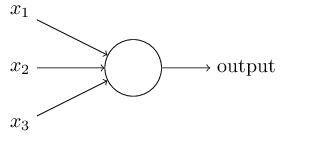 Expanding the above, in the example shown below we now consider weighted inputs. The perceptron has three inputs, x1 ,x2, x3  and weights, w1,w2,…w1,w2,…, are real numbers expressing the importance of the respective inputs to the output. The perceptron's output, 0 or 1, is determined by whether the weighted sum ∑jwjxj is less than or greater than some threshold value.  We can think of the perceptron as a device that makes decisions by weighing up evidence. This idea is similar to the multiple linear equation we have seen before. This idea can be represented as a function as shown below.

Figure: A generic representation of a perceptron

The Perceptron – more than a footnote in history

As an algorithm, perceptrons have an interesting history. Perceptrons started off being implemented in hardware. The Mark I Perceptron machine was the first implementation of the perceptron algorithm.  The perceptron algorithm was invented in 1957 at the Cornell Aeronautical Laboratory by Frank Rosenblatt.  The perceptron was intended to be a machine, rather than a program. This machine was designed for image recognition: it had an array of 400 photocells, randomly connected to the "neurons". Weights were encoded in potentiometers, and weight updates during learning were performed by electric motors. There was misplaced optimism about perceptrons. In a 1958 press conference organized by the US Navy, Rosenblatt made statements about the perceptron that caused a controversy among the fledgeling AI community; based on Rosenblatt's statements, The New York Times reported the perceptron to be "the embryo of an electronic computer that [the Navy] expects will be able to walk, talk, see, write, reproduce itself and be conscious of its existence."

Below is an example of a learning algorithm for a (single-layer) perceptron. A diagram showing a perceptron updating its linear boundary as more training examples are added. 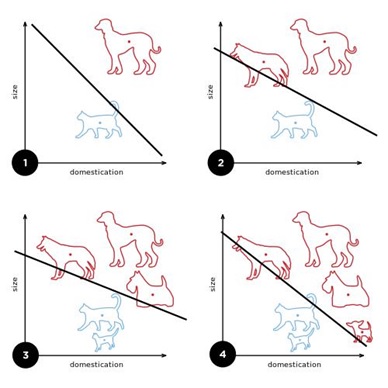 Above description of Perceptrons and Image – adapted from Wikipedia

Thus, while the perceptron is of historical significance, it is a functioning algorithm i.e. a linear classifier. A linear classifier is interesting, but it is not compelling enough as per the initial promises and potential.

However, for us, a Perceptron is more than a footnote in history. It is a way to bridge your basic high school knowledge with Deep Learning

In 1969, a famous book entitled Perceptrons by Marvin Minsky and Seymour Papert showed that it was impossible for perceptrons to learn an XOR function. However, this limitation does not apply if we use a non-linear activation function (instead of a step function) for a perceptron. In fact, by using non-linear activation functions, we can model many more complex functions than the XOR (even with just the single layer). This idea can be extended if we add more hidden layers – creating the multilayer perceptron. 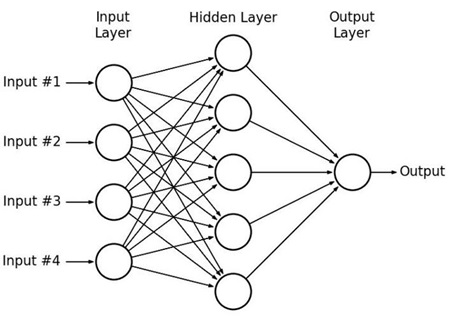 We now come to the idea of the Multi-layer perceptron(MLP).  Multilayer perceptrons overcome the limitations of the perceptron algorithm discussed in the previous section by three means:

Thus, MLPs can be seen as a complex network of perceptrons (with non-linear activation functions) and they can make subtle and complex decisions based on weighing up evidence hierarchically.

In this post, we used the Perceptron to bridge the gap between Linear Regression (taught in schools) with Multi-layer Perceptrons (Deep Learning).  Please follow me on Linkedin – Ajit Jaokar if you wish to stay updated about the book