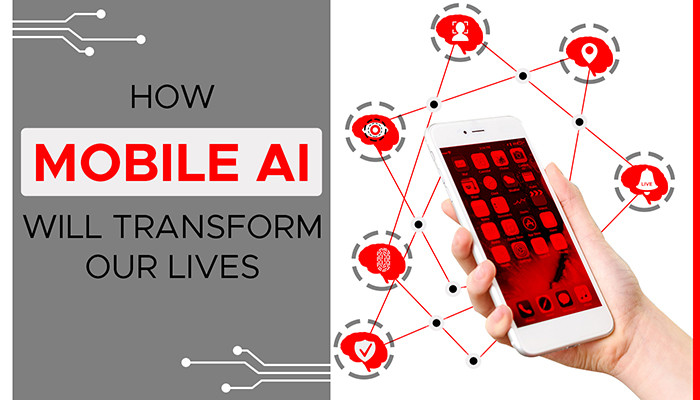 Some of these developments are also being implemented in mobiles to create the next generation of smarter phones. I attended the recent Huawei Global Analyst Summit in Shenzhen to speak with the heads of Huawei’s development teams and find out more about the future of AI in mobiles.

AI in Your Mobile Will Change the Way You Live

Huawei is a leading brand in mobile phone technology. Their Honor and P series are quite popular with mobile phone buyers, while the flagship Mate series remains one of the most sold phones successively.

The company has started gaining wider interest among phone buyers after introduction of new and unique technologies. This has helped the company dig into the market share of brands such as Apple, Samsung, and Nokia.

Felix Zhang, the Vice President of consumer software engineering, and James Lu, Director of AI Product Management, Huawei Consumer Business Group are very optimistic about the company’s ability to add AI capabilities to smart phones. It would be the next shift in technology for the phone industry and fundamentally change people’s lives the same way that steam engines did more than a hundred years ago.

The new Mate 10 Pro uses an AI chip, called the Kirin 970 chip, that substantially increases the performance, processing power, and camera capabilities of the phone. Zhang noted how the company’s mobiles are capable of recording professional quality videos and taking photos even for those people who have no idea how to operate a camera.

The built-in mobile assistant makes it possible for the phone to act as a guide. It can be integrated with search engines to help answer any questions that people may have.

The Mobile Phone Has Changed Our Lives

The development and progress of mobile phones from their earliest prototype to the latest model have already changed our lives in a major way.

Some of the first feature phones introduced in 1998 allowed people the ability to communicate while on the go. This removed the need to remain stationary at one place and gave people more freedom to contact one another while travelling.

The next major change came ten years later with the development of the first touch-screen smart phone. These phones brought the computing power of a workstation and online connectivity to people on the move. Tablets and touch pads were developed shortly afterwards, allowing people the potential to develop their own unique apps without being tied to a seat.

Ten years later, we are once again witnessing another major development in the world of mobiles. Zhang believes that the next generation of intelligent phones will bring countless services to the users’ fingertips that we couldn’t even imagine were possible only a few years ago.

The next generation intelligent phones have made rapid progress in a very short amount of time. Huawei launched their first generation model in 2016 which was AI powered.

The company made quick progress and released the second generation model the next year which featured world’s first AI processor, which significantly improved phone performance. The phone also had a face recognition feature.

The fourth generation phone features master photography powered by AI, which can be operated even by the people who don’t know how to operate the phone.

The Role of Mobile AI 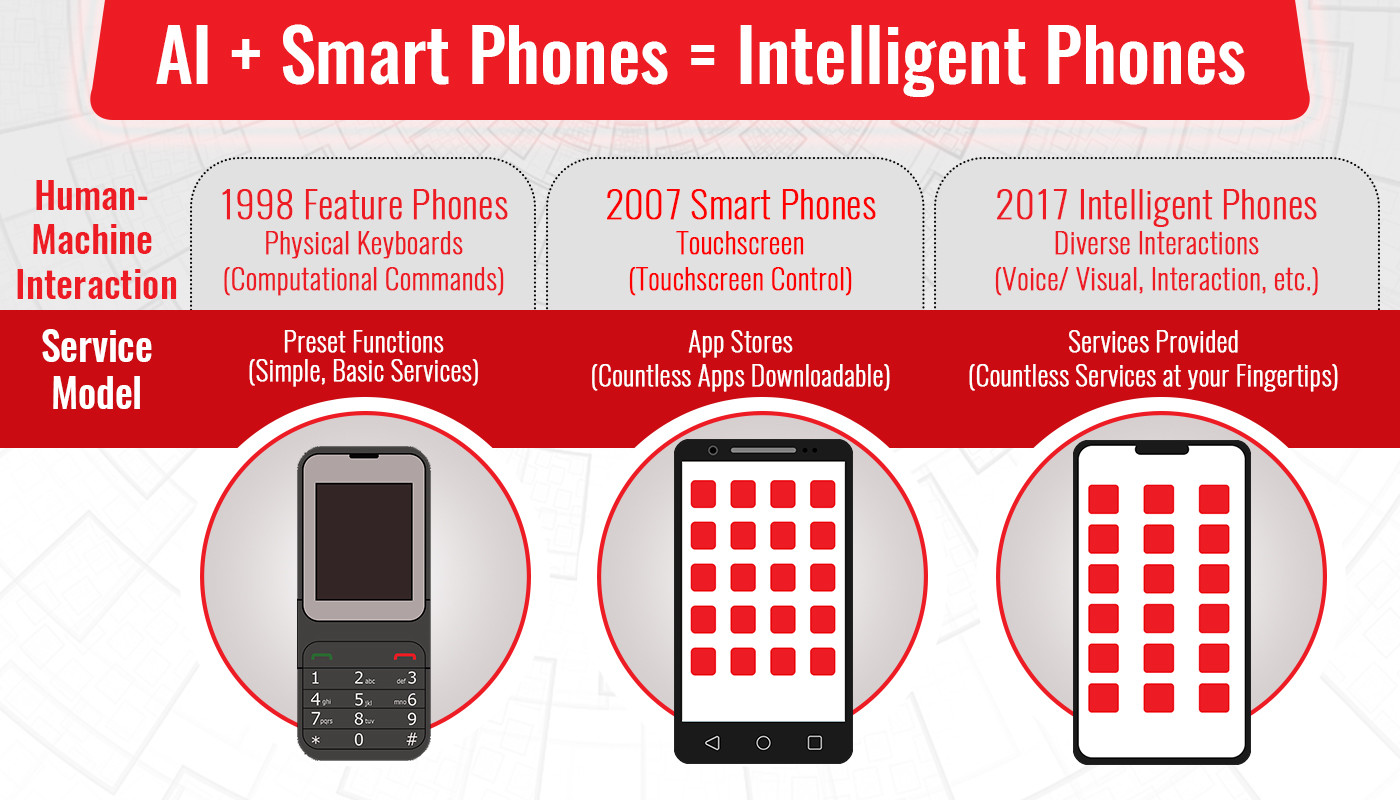 AI improves the function of mobiles by enabling natural user interaction with the phone. Most of this interaction takes place through voice commands and recognition as well as the camera.

In the next stage of software and hardware development, the company aims to make their mobiles capable of determining patterns and making sense of input being received through the microphone and camera.

Zhang believes that the AI progress for mobile phones will take place in two main domains. First, the developers will need to improve communication efficiencies between the users and their phones over voice, image, video and sensor upgrades.

Zhang stressed that Huawei is committed to developing smart devices of today into intelligent devices of tomorrow by creating end-to-end capabilities and supporting the development of components, devices, and software.

The Future of Mobile AI 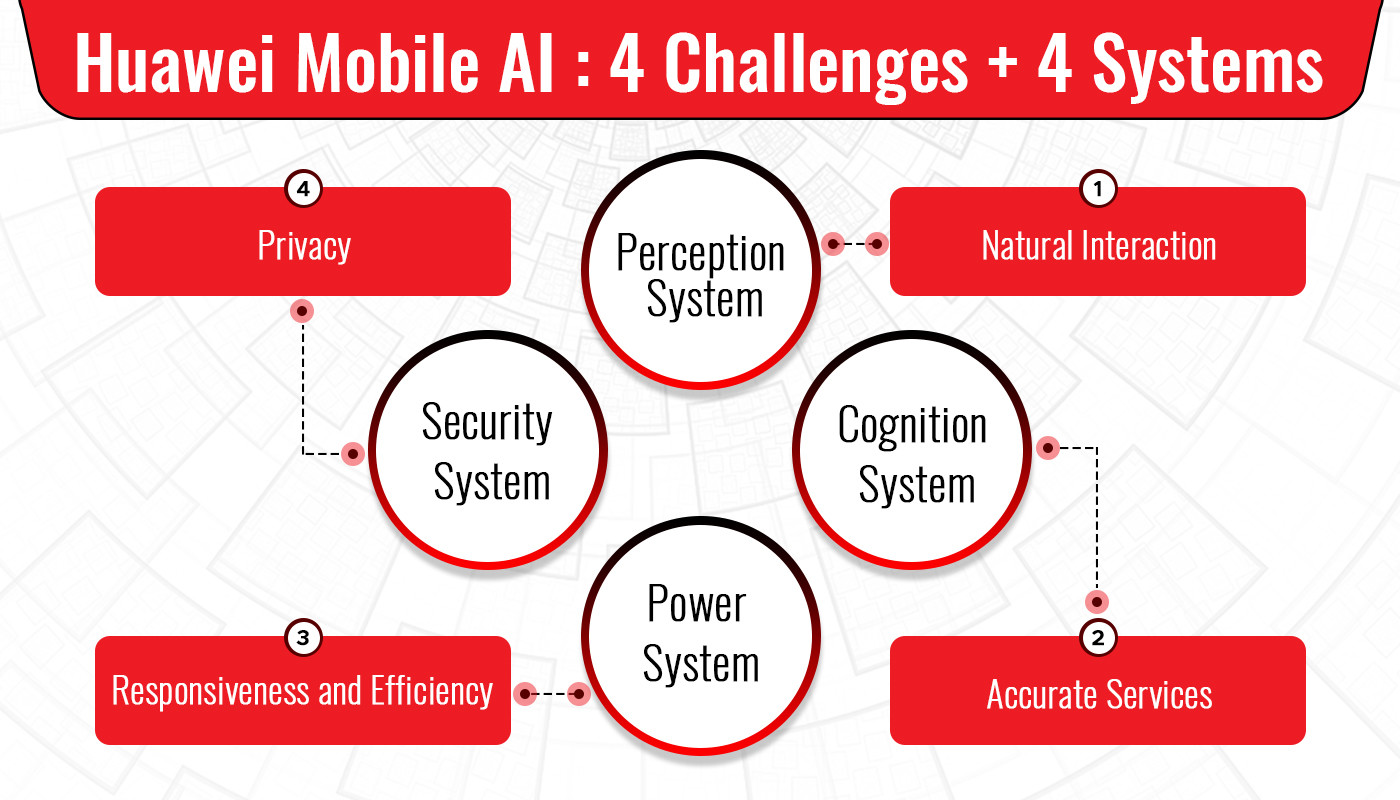 The future of mobile AI is rapidly progressing. Businesses involved in the component manufacture and app development for the mobile phone industry aim to make improvements in the following areas.

Better components and hardware features improve the ability of a mobile device to gather information from its surrounding environment. Previously, the phone camera was just a way to capture images and record videos, while the microphone was a way for the user to communicate during calls.

In the mobile phone of the next generation, the camera and microphone will act as the eyes and ears of the intelligent phone. These components are expected to give the phone the ability to become aware of the world around it and make recommendations for its users’ benefit.

Add the face recognition and GPS location feature to the mix and we come very close to a device that can understand its users’ wants and act as an assistant rather than just a communication device.

The face recognition feature is particularly useful, as it would give the phone the ability to recognize the user’s emotions. The device would know when the user is sad, happy, or hungry. The user would be able to program it to order food or automatically shop online.

AI developers are focused on building devices that improve their functionality through self-learning over a period of time. A user’s preferences, likes, and dislikes can be uploaded to a cloud network, and the mobile can access it to improve its understanding about its owner.

For example, complex algorithms would allow the device to understand the user’s choice in music, food, or movies. Consider a user logging trying to watch a movie through Netflix. The device would first connect with the database of movies on the network and then make recommendations based on its knowledge about the user.

Huawei is very focused on the development of AI for its next generation of mobile devices. The company has more than 15 AI development centers all around the world. They follow an open R&D system, and the company’s research network is open to partners looking for joint innovation.

Many app developers and software companies are working together with Huawei to design systems and smart apps. These apps would add new possible features that make use of the hardware of intelligent phones of the future.

Despite the recent progress, AI is still in its initial stage of practical application. Mobile AI presents us with a lot of opportunities, as these handheld devices can dramatically improve the user experience and interaction in their daily life.

These changes are very likely to impact almost anything that you can see or hear. Mobile AI will transform our life significantly in the coming years.