Analytics will win votes this year. Science, as it did in 2012, is playing an important role for mass voter persuasion in the U.S. presidential race. It’s a numbers game: Predictive analytics targets campaign activities, strengthening a campaign's army of volunteers by driving its activities more optimally.

Of which presidential candidate do I speak? We have every reason to believe that Hillary Clinton's campaign is leveraging predictive analytics—as Obama’s did in 2012. Donald Trump's campaign appears to lag in such efforts.

Hillary for America is leveraging data science in a very particular way. The undertaking predicts each individual voter's response to campaign contact in order to drive millions of decisions as to which voter receives a knock on the door or a phone call. It’s an innovative, data-driven process that has changed the game for political campaigns. 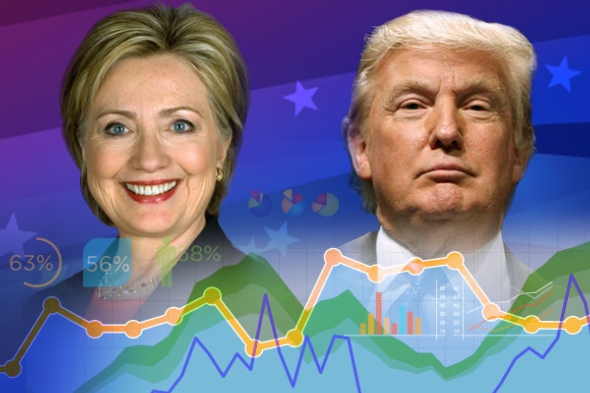 A campaign's number crunching is an undercover enterprise—but another form of quantitative prognostication is right out in the open: campaign forecasting via poll aggregation. Here, the heavyweight champion is Nate Silver, the most celebrated statistician in the US, who forecasted the election outcome correctly for each and every state in 2012. See his current 2016 forecasts here.

But an election poll does not constitute prognostic technology—it does not endeavor to calculate insights that foresee human behavior. Rather, a poll is plainly the act of voters explicitly telling you what they’re going to do. It’s a mini-election dry run. There’s a craft to aggregating polls, as Silver has mastered so adeptly, but even he admits it’s no miracle of clairvoyance. “It’s not really that complicated,” he told late night talk show host Stephen Colbert the day before the 2012 election. “There are many things that are much more complicated than looking at the polls and taking an average... right?”

Instead, true power comes in influencing the future rather than only speculating on it. Nate Silver publicly competes to win election forecasting, while Obama’s analytics team discreetly competed by way of predictive analytics to win the election itself–as Hillary for America is now doing. This is a form of of quantitative prediction that transcends forecasting the outcome to actually exert an effect on it.

The value proven in 2012 is too good to pass up for 2016. Obama for America showed that their analytics convinced more voters than traditional campaign targeting. The method also improved the campaign’s TV ad buying, making the TV ad buy 18% more effective—they could persuade 18 percent more voters with the same level of investment, which is a meaningful effect given their TV budget of $400 million.

The analytics have to define system, find data and then build models for forecast results or targeting specific voters. The same with forecast and future, any actions of forecasters now may kill the “butterfly”.