I was in the process of computing some definite integrals involving special mathematical constants, when I discovered WolframAlpha. It solves tons of mathematical problems, for free, online, offering exact solutions whenever possible. Not just integrals, but matrix computations and much more.

Needless to say, I was not able to find such relationships. I did find some interesting stuff though. First, the WolframAlpha API, and then, I rediscovered an obscure but fundamental theorem, not mentioned in math textbooks -- a theorem linking the integral of a function to the integral of its inverse.

Below is the results of using the API for the inverse of f(x) = exp(- x^2) between 0 and infinity: a famous integral involving the square root of Pi. The inverse is g(x) = SQRT(- log x) between 0 and 1: both integrals, for symmetry reasons (based on the theorem in question), have the same value. WolframAlpha just confirmed this fact, rather than - as was my hope - getting a value based on special math constants other than Pi.

Note that Symbolab offers a similar API. In the process, I also discovered HostMath, to write math formulas online (a math editor) then take screenshots and include the math formulas as images in an HTML document. I used it for the first time in this article. 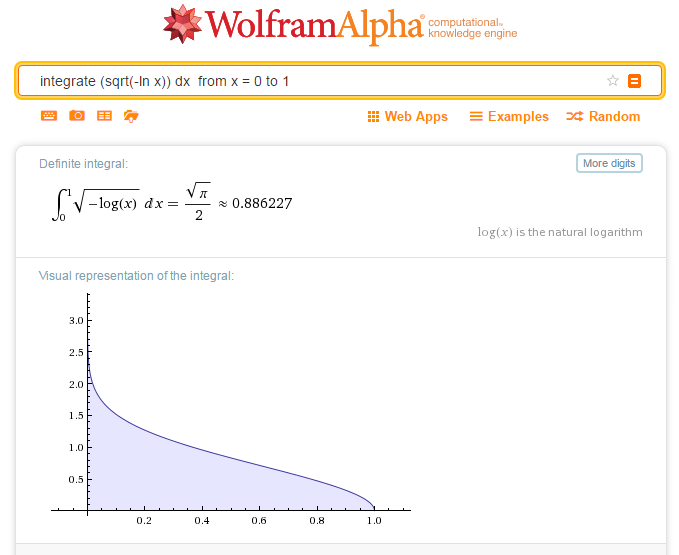 If you wanted the inverse then you should have stated Inverse of Integrate.........