New Study Warns: Get ready for the next pandemic 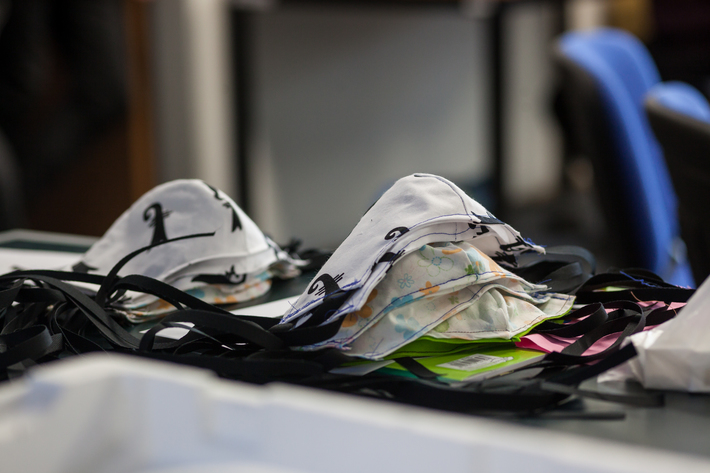 For much of the past century, the fear has been that a calamity like an asteroid strike, supernova blast, or environmental change would wipe out humanity. But new research, published by Duke Global Health Institute, is pointing to a much different demise for humans. The study, called Intensity and frequency of extreme novel epidemics and published in the 'Proceedings of the National Academy of Sciences', used almost four hundred years’ worth of newly assembled data to make some dire predictions [1].

The authors used the new database along with estimated rates of zoonotic diseases (those transmitted from animals to humans) emerging because of environmental change caused by humans. “These effects of anthropogenic environmental change,” they warn, “may carry a high price,”

A New Database Paints a Picture

One of the reasons that there has been a distinct lack of research into the probability of another pandemic has been a lack of access to data, short observational records, and stationary analysis methods.

The conventional theory of extremes, like major pandemics, assumes that the process of event occurrence is stationary—where shifts in time don’t cause a change in the shape of the distribution.  But the authors found that pandemic data was nonstationary. While long term observations and analysis tools for nonstationary processes were available in other disciplines, global epidemiological information on the topic was “fragmented and virtually unexplored”.

The team addressed the problem, in part, by creating a new database containing information from four centuries of disease outbreaks, which they have made publicly available in the Zenodo repository along with the MATLAB code that analyzed it [3].  A snapshot of the database is shown below:

When the authors combined the model with increasing rates of disease emergence from animal reservoirs linked to environmental change, they found that the probability of observing another serious pandemic–currently a lifetime risk of around 38%—will likely double in the next few decades.

A New Pandemic is Around the Corner

Novel pathogens like Covid-19 have been emerging in human population at an increasing rate in the last half a century. This new study estimates that the probability of a novel disease outbreak will grow from its current risk of about 2% a year to around three times that. The researchers used that risk factor to estimate another major pandemic will very likely happen within 60 years—which is much sooner than originally anticipated—making it very likely you will see another major pandemic in your lifetime.

That’s not to say you’ll have to wait until you’re 80-years-old to see another nefarious virus sweep across the globe. The event is equally probable in any one year during that time frame, said Duke University professor Gabriel Katul, Ph.D., one of the paper’s authors. “When a 100-year flood occurs today, one may erroneously presume that one can afford to wait another 100 years before experiencing another such event,” says Katul. “This impression is false. One can get another 100-year flood the next year.”

In addition to warning about the perils of ignoring human-induced environmental changes, the authors extrapolated the data to make another dire prediction: In the press release [2], they state that it’s statistically likely that within the next 12,000 years, the human race will die out due to a major pandemic, which means it's extremely unlikely mankind will be around when the next extinction-level asteroid hits Earth.

[2] Statistics say large pandemics are more likely than we thought