We shall see how to solve the following ODEs / PDEs using Fourier series: 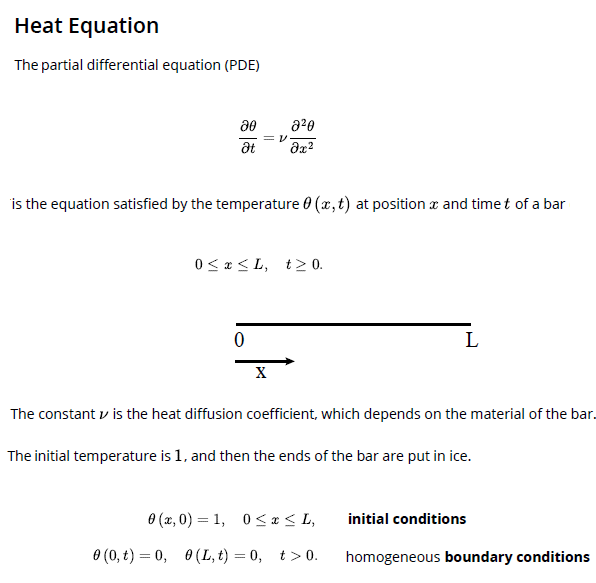 The following animation shows how the temperature changes on the bar with time (considering only the first 100 terms for the Fourier series for the square wave).

Let’s solve the below diffusion PDE with the given Neumann BCs.

As can be seen from above, the initial condition can be represented as a 2-periodic triangle wave function (using even periodic extension), i.e.,

The next animation shows how the different points on the tube arrive at the steady-state solution over time.

The next figure shows the time taken for each point inside the tube, to approach within 1% the steady-state solution.

The tri-diagonal matrix A is shown in the following figure

The following animation shows the solution obtained to the heat equation using the numerical method (in R) described above,

along with the following initial conditions

as defined in the above code snippet.

The following animation shows the output of the above implementation of the solution of wave PDE using R, it shows how the waves propagate, given a set of BCs and ICs.

Some audio processing: De-noising an audio file with Fourier Transform

The noisy input file was generated and uploaded here. 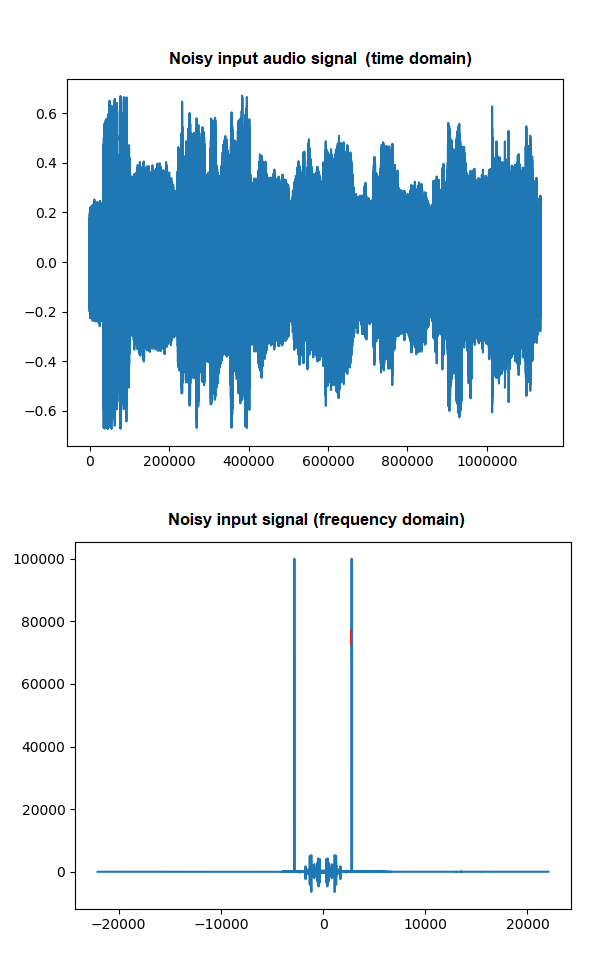