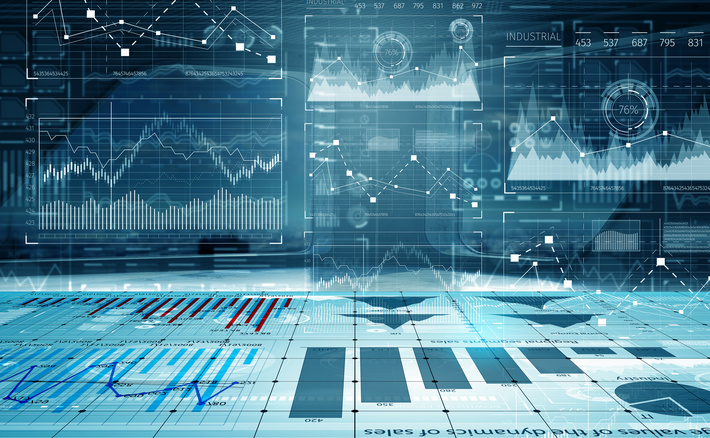 Visualization simply means drawing different types of graphics to represent data. At times, a data point is drawn in the form of a scatterplot or even in the form of histograms and statistical summaries. Most of the displays shown are majorly descriptive while the summaries are kept simple. Sometimes displays of transformed data according to the complicated transformation are included in these visualizations. However, the main goal should not be diverted i.e. to visualize data and interpret the findings for the organization’s benefit.

For a big data analyst, a good and clear data visualization is the key to better communicating their insights during analysis, and one of the best ways to understand data in an easy way. Even so, our brains are structured in such a manner that we only understand patterns and trends from visual data.

We will further learn how to build visualizations using Python, here are the five steps you need to follow:

Second step: Basic visualization with the help of Matplotlib

Matplotlib is used to plot and make changes in figures. Doing so gives you the ability to re-size the charts as well. Data in this step help import the libraries and using a function a figure is plotted and axes the object.

In this step, a big data analyst can start customizing his chart and make it more interesting. In most cases, data is used to transform and make it usable for analysis.

Another step could also be by using a scatter plot to determine the relationship between two variables you’re about to plot. Such a plot can result in bringing in reports like what has happened to one attribute while the other attribute was decreasing or increasing.

You need to become comfortable with the basic and simple trends first. Only then, you’ll be able to move to advanced charts and functionalities to make your customization intuitive. Some of the advanced charts include bar charts, horizontal and stacked bar charts, and pie and donut charts.

The major reason why Matplotlib is important because it encompasses one of the most significant visualization libraries in Python. And also, many other libraries are dependent on Matplotlib. The benefits of this library include – efficiency, ease to learn, and multiple customizations.

For someone looking to get into data science or big data career must certainly know the multiple benefits of visualization using Seaborn such as:

If you’re working in a data science team, you’ll definitely require to build interactive data visualizations that can be understandable by the business team. For this, you might need to use many dashboarding tools while conducting data analysis and perhaps might even want to share it with the business user.

Python indeed plays a crucial role in big data and data science. Whether you’re seeking to create live, highly customized, or creative plots, Python has an excellent library just for you.