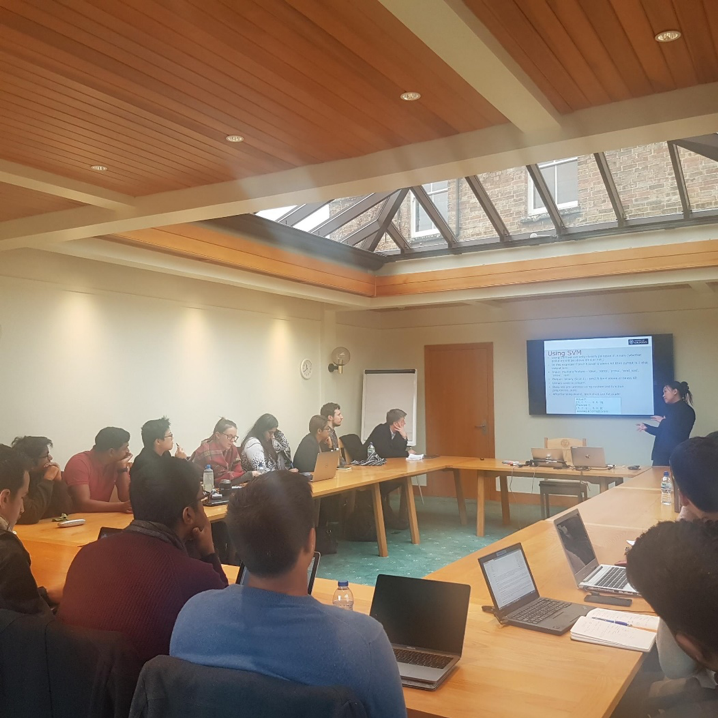 Cheuk Ting Ho  is a London based and data scientist. She contributes to the data science community by being a public speaker, encouraging women in technology, and actively contributes to Python open source projects (Github Cheukting). Being a data ambassador in DataKind, she also provides data science solutions for charities. Cheuk is the co-author of Enterprise AI - An Applications Perspective  published by Data Science Central and is also an invited guest expert at the University of Oxford – Data Science for Internet of Things course for Time series and Python. Cheuk is also the co-leader of the Artificial Intelligence (AI) Club for Gender Minorities meetup in London. Below are her experiences as a female data scientist.

My day goes typically 50% in meetings and 50% in coding. I tend to work with data i.e. analyse data. I typically use algorithms like XGBoost.

The hardest technical problem I faced was in contributing to Numpy when I tried to fix a bug. It looked easy at first but at the end, it involved lots of low level fixes. It makes me appreciate the complexity behind the open source tools that I use every day.

I am so glad to have a very supportive python community, the always encourage diversity, for example PyCon UK, it was the most caring conference that I have ever been. They encourage female speakers, have a full day workshop for women. They even un-label the toilet from gender by just labelling them toilet with urinal or without urinal.

Some stakeholders in the industry will doubt your ability because you are not their ideal "typical" data scientist. You have to fight to gain their trust and see beyond your look. In my previous job, I was introduced to a stakeholder for a project. It’s very obvious that he doubted my ability as I am a woman. I feel that it’s a struggle that all women in the industry have and I will not be shy to stand up and speak for myself. I decided to  told him that I just came back from a major Python conference which I was speaking at. I impressed him even though he found it hard to believe initially!

What keeps you motivated

Curiosity and the community keep me motivated. Curiosity about new knowledge and to learn new stuff – and also to contribute and get inspiration form the community.

On women in Data Science: - don't afraid to voice out and stand for yourself - don't under estimate your ability

When I spoke at the OxFEST evet, I had the pleasure of hearing the keynote from Lady Mary Archer  which was inspiring. OxFEST (Oxford Females in Engineering, Science, and Technology) is a 1,300-member society at the University of Oxford promoting and supporting women in science, engineering and technology. Dame Mary Doreen Archer is a British scientist specialising in solar power conversion. She is the chair of the trustees of the National Science Museum.