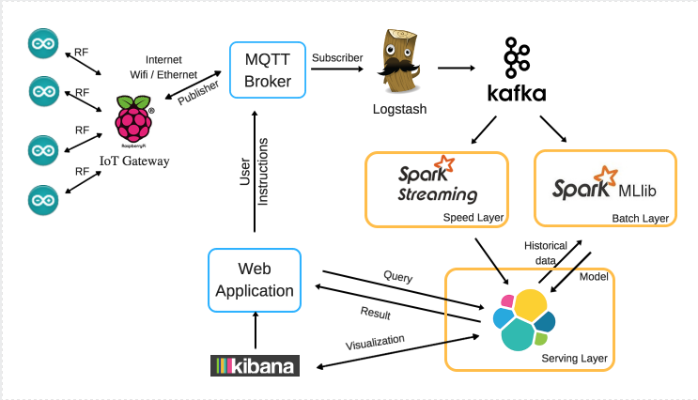 Have you heard about the popular open source tool used for searching and indexing that is used by giants like Wikipedia and Linkedin? No, I’m pretty sure you may have heard it in passing.

Yes, I’m talking about Elasticsearch. In this blog, you’ll get to know the basics of Elasticsearch, its advantages, how to install it and indexing the documents using Elasticsearch.

Elasticsearch is an open-source, enterprise-grade search engine which can power extremely fast searches that support all data discovery applications. With Elasticsearch we can store, search, and analyze big volumes of data quickly and in near real time. It is generally used as the underlying search engine that powers applications that have simple/complex search features and requirements.

DOCUMENT-ORIENTED – It stores complex entities as structured JSON documents and indexes all fields by default, providing a higher performance.

SCHEMA FREE – It stores a large quantity of semi-structured (JSON) data in a distributed fashion. It also attempts to detect the data structure, index the data present and makes it search-friendly.

FULL TEXT SEARCH – Elasticsearch performs linguistic searches against documents and returns the documents that matches the search condition. Result relevancy for the given query is calculated using TF/IDF algorithm.

Cluster: A cluster is a collection of nodes that shares data.

Node: A node is a single server that is part of the cluster, stores the data, and participates in the cluster’s indexing and search capabilities.

Index: An index is a collection of documents with similar characteristics. An index is more equivalent to a schema in RDBMS.

Document: A document is a basic unit of information that can be indexed. It is like a row in a table.

Ecommerce websites use elasticsearch to index their entire product catalog and inventory with all the product attributes with which the end user can search against.

So whenever a user search for a product in the website, the corresponding query will hit an index which has millions of products and it will retrieve the product in near real time.

You want to collect log or transaction data and want to analyze and mine this data to look for statistics, summarizations, or anomalies.

In this case, you can index this data into Elasticsearch. Once the data is in Elasticsearch, we can visualize the data in timelion/d3.js to better understand the collected logs.

Let’s assume that you are in a Linux based environment. Assuming that you also have JDK 6 or above installed, let’s get on with downloading Elasticsearch using the command below:

Go to the folder where Elasticsearch has been installed.

To start the Elasticsearch server,

You can access it at http://localhost:9200 on your web browser. Here, localhost denotes the host (server) and the default port of Elasticsearch is 9200.

To confirm everything is working fine, type http://localhost:9200 in your browser and you should see something like this.

Elasticsearch tends to use Lucene indexes to store & retrieve data. Adding ‘data’ to Elasticsearch is known as “indexing.” While performing an indexing operation, Elasticsearch converts raw data into its internal documents. Each document is nothing but a mere set of correlating keys and values: Here, the keys are strings and the values would be one of the numerous data types such as strings, numbers, lists, and dates, etc.

We can query Elasticsearch using the methods mentioned below :

-Querying with the JSON DSL

ElasticSearch provides a REST API that we can interact with in a variety of ways through common HTTP methods like GET, POST, PUT, DELETE. Which does the same thing as the CRUD operations does.

Now, let’s try indexing some data in our Elasticsearch instance.

This command will insert the JSON document into an index named ‘patient’ with the type named ‘outpatient’. 1 is the ID here. If we didn’t provide any ID here, it will simply create one for you. Pretty is used to pretty print the JSON response. To replace an existing document with an updated data, we just PUT it again.

By using the above method, we can insert one document at a time.

In order to bulk load the data, we can use Bulk API of Elasticsearch.

The above command loads the Ex.json file into the patient index.

Retrieving a Document in a index can be done using  GET request.

The response of this command contains the resulting JSON document under the _source field.

This API allows us to delete a JSON document from an index.

This command deletes the JSON document with the id 1.

In order to delete a document that matches a specific condition we can use  _delete_by_query API.

That’s how we index a document using Elasticsearch.

Be it in terms of configuration and usage, elasticsearch is quite elastic in comparison to it’s peers. Systems working with big data may encounter I/O bottlenecks due to data analysis and search operations. For systems like these, elasticsearch would be the ideal choice.

That marks the end of it. Hope you found this blog at least a tad bit useful!

a) Yes, the service layer is ElasticSearch.

b) We've been using ES as a backend for couple of IoT use cases, where the data from various sources will be transformed and indexed in ETL pipeline using JAVA and  Spark core.

c) This blog is to shed some light on usage of ES in IoT use case.

see this https://www.linkedin.com/pulse/iot-architecture-nishank-singla/ it makes a lot more sense to me ie the diagram you are using seems to be from there (maybe you should add the reference) your post still adds some more information but without the details of the diagram (see the link in this comment) it was not clear to me

Great post. thanks! but the diagram needs some explanation

a)  the serving layer is elastic search. yes?

b)  How do you see the iot application fitting in?

c)  How does the web application link to the IOT broker? i.e. functionally are you trying to show an IOT use case or a general web use case