As data grows, so does the expertise needed to manage it. The past few years have seen an increasing distinction between the key roles tasked with managing data: software engineers, data engineers, and data scientists.

Our team has released two reports over the past year, one focused on understanding the data science role, one on data engineering. Both of these reports are based on self-reported LinkedIn data. In this post, I’ll lay out the distinctions between these roles and software engineers, but first, here’s a diagram to show you (in very broad strokes) what we saw in the skills breakdown between these three roles: 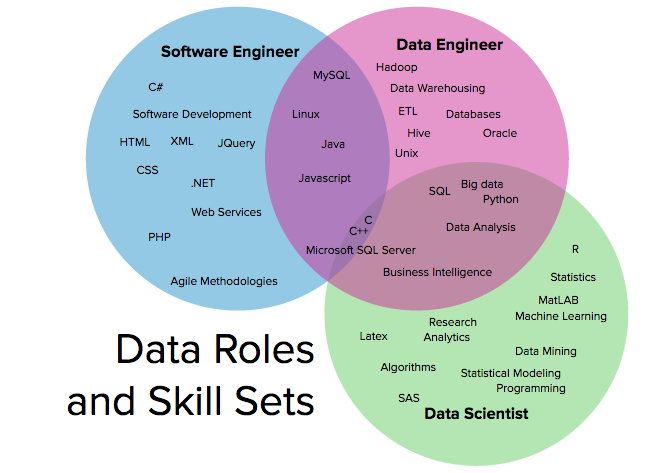