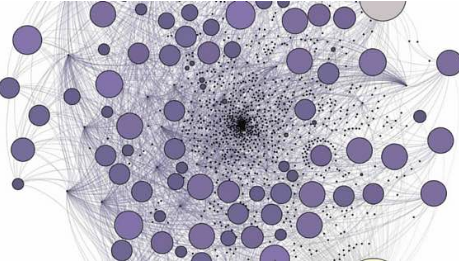 Tweets were collected using a tweepy listener (see here1 for a tutorial on building a twitter listener), and stored in a text file named “data_science_twitter.txt”. Let’s first load the tweets and extract user mentions to take a quick look at the volume of data science tweets from this week. 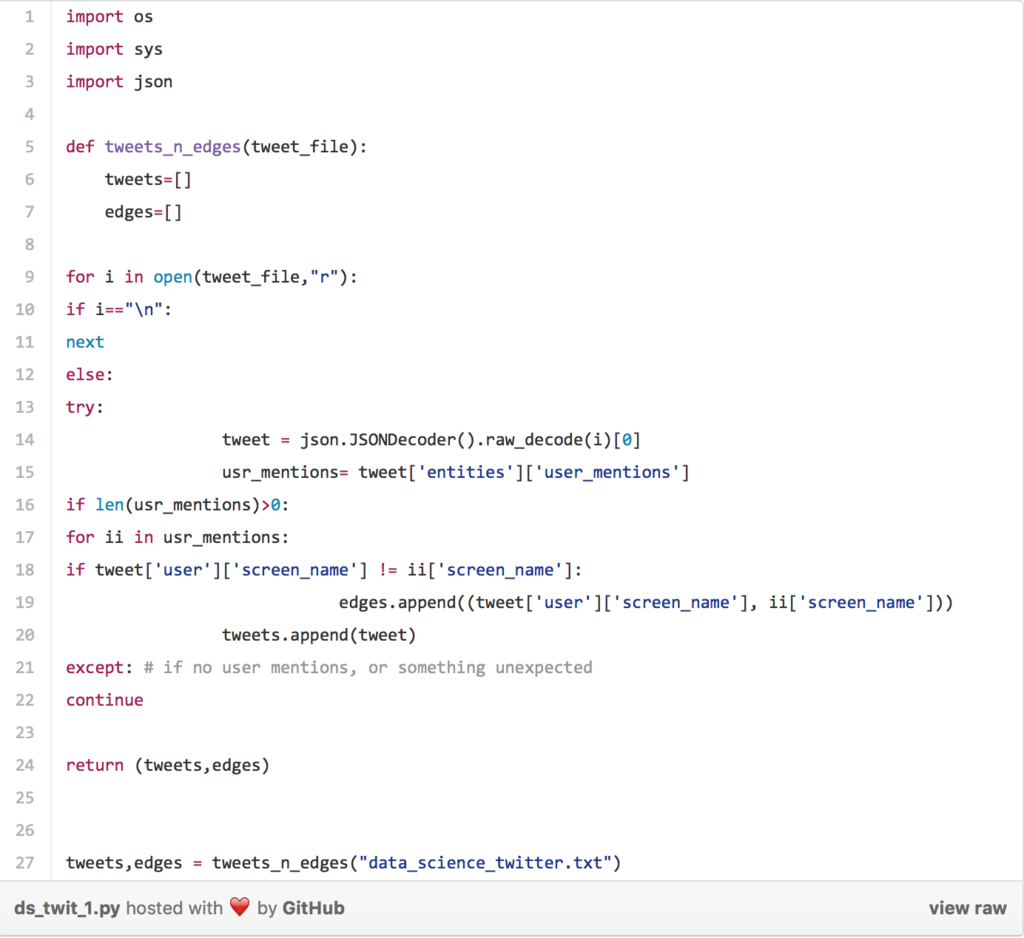 Tweets and network edges (links between twitter users) were gathered based on user mentions. How many tweets and user mentions were there?

The data science twitter community is incredibly active; we saw almost 160,000 tweets within a single week! And, there seems to be just as much interaction within the community, as there is about the same number of user mentions, not including self-mentions.

But what does the network look actually like? To build a network and find the most influential data science twitter uses, we will use the NetworkX package to create a directed graph and to calculate eigenvector centrality (a measure of network influence) among the nodes (twitter users). The resulting network is plotted using Gephi.