Fortunately, the “3 Horizons of Digital Transformation” framework provides a roadmap leveraging for 1) today’s market share grabbing operational excellence initiatives to 2) advance to tomorrow’s IoT-induced smart entities that seek to optimize across interrelated use case decisions that lead to 3) the future world of autonomous entities that optimize their operations across a holistic and comprehensive utility function without human intervention (see Figure 1). 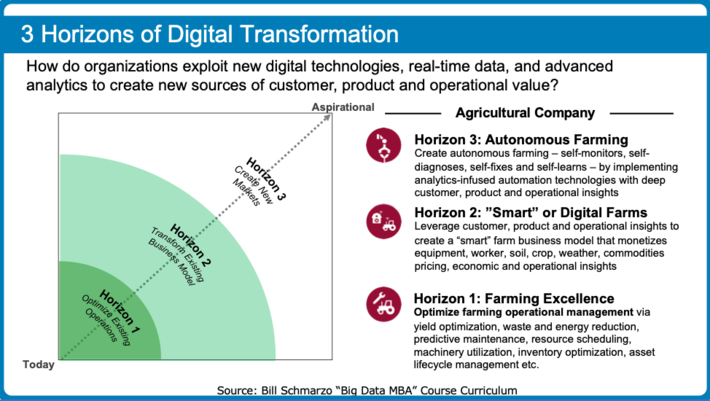 I first wrote about autonomous in the blog “Transforming from Autonomous to Smart: Reinforcement Learning Basics”.  That’s where I talked about the role of reinforcement learning in creating autonomous vehicles.

I next wrote about autonomous in the blog “Leverage AI to Create Autonomous Policies that Adapts without Human Intervention” where I talked about recent developments with Deep Reinforcement Learning to create “Rational AI Agents.”

For example, consider all the different subsystems which an autonomous vehicle must orchestrate across in order to achieve its operational objectives (see Figure 3). 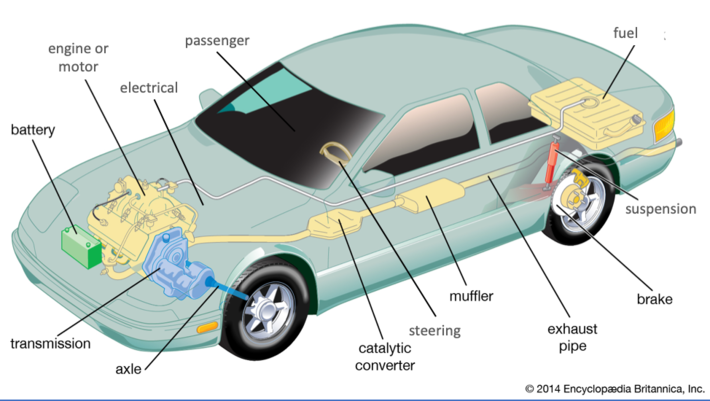 The major subsystems of a traditional internal combustion engine automobile against which an autonomous vehicle must orchestrate in order to optimize its utility function could include:

It’s not (very) hard to optimize a system that is only comprised of itself.  The braking system by itself could easily optimize its braking decisions if it only had to consider braking.  But a car must carefully coordinate the interaction and interrelationships between braking, acceleration and navigational systems in order to successfully navigate a route (where success is defined by the utility function).

To create an autonomous entity that understands how to orchestrate the appropriate actions across numerous subsystems within a dynamically changing environment without human intervention, the autonomous entity must seek to optimize the utility function across a variety of often-conflicting value dimensions.  For example, an autonomous vehicle must seek to reduce travel time while reducing operational costs while ensuring pedestrian and traffic safety while reducing vehicle wear-and-tear while protecting the passengers while reducing its environment impact and carbon footprint while operating within the laws of driving…all without human intervention (see Figure 4). 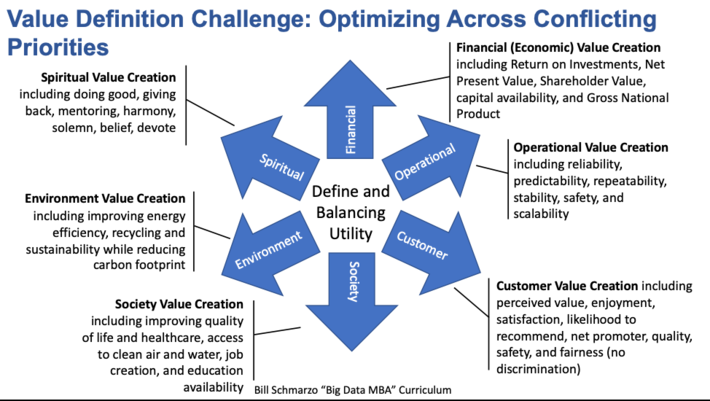 In order to make a holistic utility determination, collaboration across a diverse set of internal and external stakeholders is required to identify those short-term and long-term metrics and KPI’s against which autonomous success will be measured.  The careful weighing of the short-term and long-term metrics associated with the financial/economic, operational, customer, society, environmental and spiritual dimensions must be taken into consideration if we are to successfully creation autonomous entities for the betterment of society.

See the blog “Why Utility Determination Is Critical to Defining AI Success” for my thoughts on how best to create the Utility Function.

Google’s AI efforts is losing lots of money, and I mean LOTS:  $154 million in 2016, $341 million in 2017, $572 million in 2018.  And there were fears expressed in the article “DeepMind's Losses and the Future of Artificial Intelligence” that continued losses could actually discourage other companies to make AI investments.

There aren’t too many organizations around that can afford to lose $1B on a technology bet, so us mere mortal companies need a different approach.  That approach is outlined in the 3 Horizons of Digital Transformation and its simple three step process:

See, it’s not that hard.  And we don’t need to lose $1B hoping that something valuable spits out the end.  You can make bank today by leveraging the re-usable and refine-able data and analytic assets that accelerate time-to-value and de-risking use cases as the organization towards their autonomous goals.