This article was written by Tom Simonite.

The nonprofit behind Wikipedia is teaming up with Google to work on algorithmic discussion monitors. Misogyny, racism, profanity—a collection of more than 13,500 online personal attacks has it all. The nastygrams came from the discussion pages of Wikipedia. The collection, along with over 100,000 more benign posts, has been released by researchers from Alphabet and the Wikimedia Foundation, the nonprofit behind Wikipedia. They say the data will boost efforts to train software to understand and police online harassment.

“Our goal is to see how can we help people discuss the most controversial and important topics in a productive way all across the Internet,” says Lucas Dixon, chief research scientist at Jigsaw, a group inside Alphabet that builds technology in service of causes such as free speech and fighting corruption.

Jigsaw and Wikimedia researchers used a crowdsourcing service to have people comb through more than 115,000 messages posted on Wikipedia discussion pages, checking for any that were a personal attack as defined by the community's rules. The collaborators have already used the data to train machine-learning algorithms that rival crowdsourced workers at spotting personal attacks. When they ran it through the full collection of 63 million discussion posts made by Wikipedia editors, they found that only around one in 10 attacks had resulted in action by moderators. 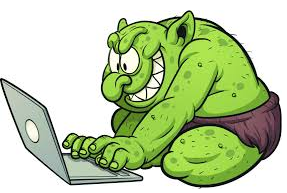