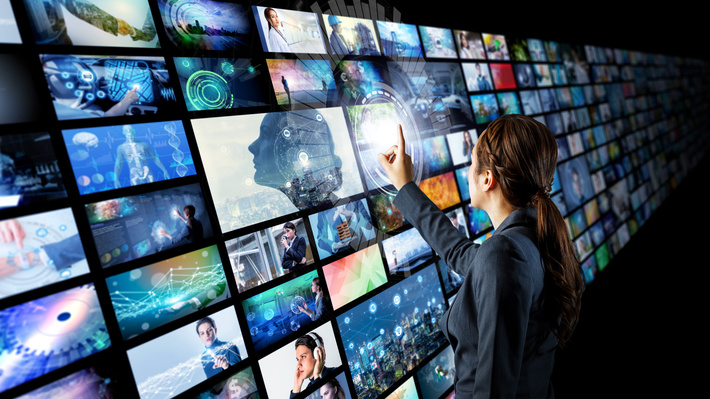 We all experience video streaming issues, probably on a daily basis. But now that people aren’t just streaming for entertainment, but are relying on it in many cases to perform their jobs, it ups the ante to address some of these issues and provide an improved experience. Deep Learning, according to a recent paper presented at the IEEE International Conference on Communications and Image Processing (VCIP), may be the key to solving many of these performance issues.

A brief discussion of CNNs

Convolutional Neural Networks (CNNs) comprise a class of  Deep Learning that is commonly used in image recognition and analysis. Like other neural network-based models, CNNs mimic the human brain’s ability to learn by creating multiple layers of connected ‘neurons’.  The neurons in this case are actually combinations of features from the dataset that are predictive of certain outcomes or categories, and are layered on top of each other through a series of epochs, or iterations through the full data set. Unlike other machine learning models, Deep Learning relies on multiple hidden layers to perform its magic, which can often result in very precise predictions, and can handle non-parametric data.

Videos for streaming are stored on servers in different versions--otherwise known as ‘multiple representations’--with various sizes and qualities. When the client/player requests the data, it selects the one that is best suited for current network conditions. According to the paper, the current standard method for streaming video over the web--HTTP Adaptive Streaming(HAS)--is limited in its ability to handle such multiple representation encoding.

Parallel encoding relies on ‘reference encoding’, or frames of a compressed video used to define future frames. Timmerer et al. assert that most existing methods cannot accelerate the encoding process because they use the highest quality representation for reference encoding. By nature, the highest quality representation is also the one that presents the highest time-complexity. Thus the process is delayed until the representation with the highest time-complexity is completed, which creates many of the streaming bottlenecks we experience, and consequently a poor user experience and big headache for video streaming developers.

The authors of “FaME-ML: Fast Multirate Encoding for HTTP Adaptive Streaming Using Machine Learning” describe how they used CNNs to optimize the encoding of multiple representations of video. FaME-ML uses CNNs to  predict  the split decisions on CTUs--square blocks or subdivisions of frames--for multirate encoding. The representation with the lowest time-complexity is then selected as the reference encoding (vs. current techniques which use the representation with highest time-complexity--i.e. the 'slowest driver' on the road--as the reference encoding).

FaME-ML, as described in the paper, consists of the following steps:

Implications of the study

The research could lay the groundwork for much more efficient encoding. The paper cites  ROC-AUC scores of  0.79, 0.81, and 0.77 ROC-AUC for classifications for the network leveraging CNNs, and about a 41% reduction in overall time-complexity in parallel encoding.

With the number of people streaming and the amount of data required for video content increasing at an incredible rate, new approaches such as this may help to alleviate many of the serious challenges faced by the video streaming industry.

I think deep learning can solve all of these disability issues in streaming. This is exactly what I do when I run into certain streaming issues. I'm a beginner YouTube streamer, and I'm just learning different tricks. If I need any relevant information, then I turn to this blog. This helps me find all the answers about live stream via youtube. It's especially important for novice streamers to have a source where they can find the information they need.