At the end of March, the media reported: “New research published in The Lancet describes how the investigational BrainGate brain-computer interface, combined with a functional electronic stimulation system* in the arm of a Cleveland man with quadriplegia allowed him to move his arm and hand again to eat mashed potatoes, drink water from a mug and perform other activities, like scratching his nose”. 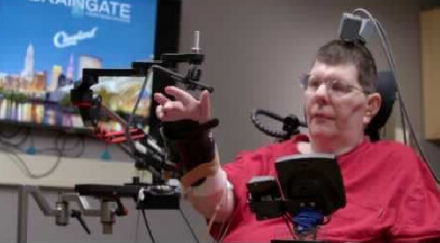 In the original study, the researchers wrote: “We report the findings of an individual with traumatic high-cervical spinal cord injury who coordinated reaching and grasping movements using his own paralysed arm and hand, reanimated through implanted FES, and commanded using his own cortical signals through an intracortical brain–computer interface (iBCI)”

What is BCI? What types? What technologies? What are your applications? Is there a market? These issues are addressed in the first part. The synthesis of research on the original development since 1995 of the BrainGate Brain-Computer Interface is included in the second part. In May 2009, the FDA provided a new IDE for the BrainGate2 Neural Interface System pilot clinical trial. In the third part, this development is recorded, whose last result was the one published in the Lancet.

How close are we to controlling with our brain external objects or our own previously immobilized body? Not yet so close. By September 2021 it is planned to collect primary data.