In this post we will see the methodology of building  Bayesian models. In my previous post I used a Bayesian model for linear regression. The model looks like: 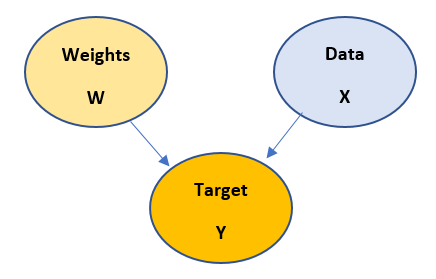 So, let us first understand the construction of the above model:

Problem Statement : Given are three variables : sprinkle, rain , wet grass, where sprinkle and rain are predictors and wet grass is a predicate variable. Design a Bayesian model over it. 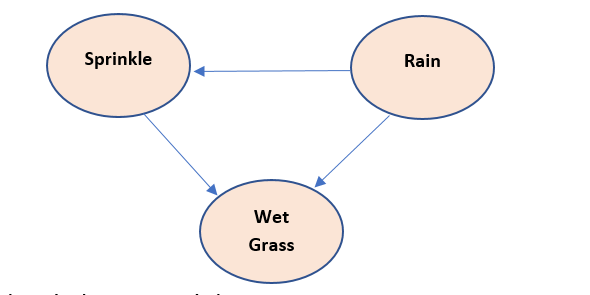 Theory behind above model:

Wiki definition: In statistics, latent variables (from Latin: present participle of lateo (“lie hidden”), as opposed to observable variables), are variables that are not directly observed but are rather inferred (through a mathematical model) from other variables that are observed (directly measured)

Let us see with some examples

Suppose we have a problem , hunger, eat and work . if we create a Bayesian model, the model looks like:

Now this above model has a cycle in it and thus if chain rule is applied to it, the chain will become infinitely long. So, the above Bayesian model is not correct. Thus, we need to introduce the Latent variable here, let us call it as T 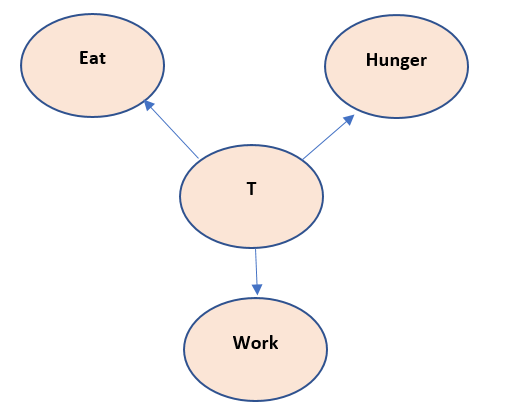 Now the above mode states that, T is responsible for eat, hunger and work to happen. This variable T is not observed but can be inferred as the cause of happening of work, eat and hunger. This assumption seems to be correct also, as in a biological body – something resides in it that pushes it to eat and work, even though we cannot observe it physically.

Let us write the chain rule equation for the above model: 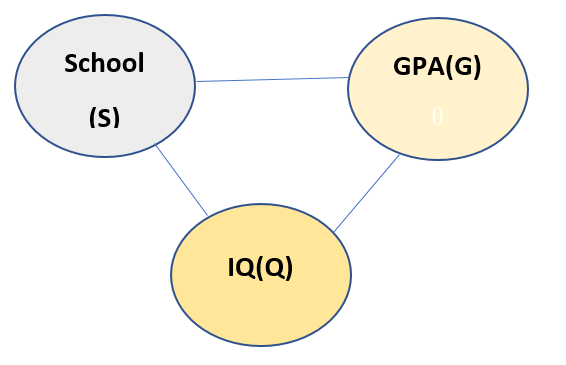 Now from above description of the model, all the nodes are connected to every other node. Thus chain rule cannot be applied to this model. So we need a Latent variable to be introduced here. Let us call the new Latent variable as I.  The new model looks like: 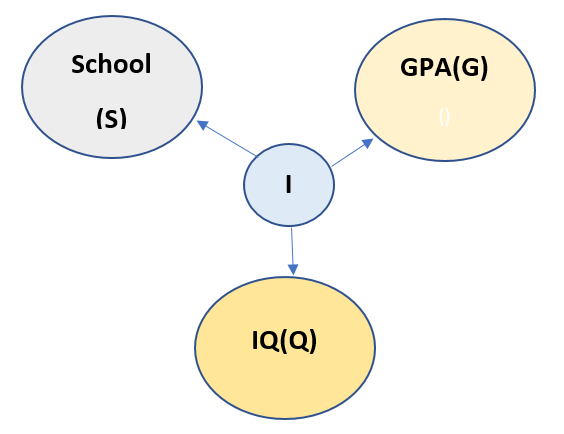 Now we read the above model as Latent variable I  is responsible for all the other three variables. Now the chain rule can easily be applied. And it looks like:

Hence in this post we saw how to model and create Latent Variables. They mostly help in reducing the complexity of the problem.

Now from then next post we will start much interesting part of Bayesian inferencing using the above Latent variables wherever required.