Artificial intelligence – or AI – is a true part of our world, as well as a substantial hub of interest for science and business. Companies are ferociously investing in, engaging in and including artificial intelligence in their operations. It is a fascinating technology that enables new options for companies, from detecting security intrusions to anticipating future consumer purchases.

Some significant moves from tech giants to acquire AI competitiveness have been made in the past five years. This includes the creation of Microsoft Ventures’ fund for AI startups and Uber’s acquisition of AI startup Geometric Intelligence; both in December 2016, Apple acquiring Emotient in early 2016, Google buying Deepmind for $400 million in 2014, and IBM pairing up with Nvidia to enable faster responses for the cognitive system, Watson.

What are the influencers saying?

To read what are the influencers saying, click here.

We were very interested in seeing which individuals, brands and publications were leading the social media debate around AI, so we analysed over five million tweets mentioning the key words: AI OR “artificial intelligence” OR artificialintelligence; from 1st January – 18th May 2017. We then identified the Top 100 most influential individuals, brands and publications leading the discussion .

Regarding individuals, David Brin is the top AI influencer since the beginning of 2017. Below, is our network map of his recent interactions around the AI topic. This map was created with our Influencer Relationship Management software (IRM). Be sure to click on the map to enjoy the full size network diagram in greater detail. 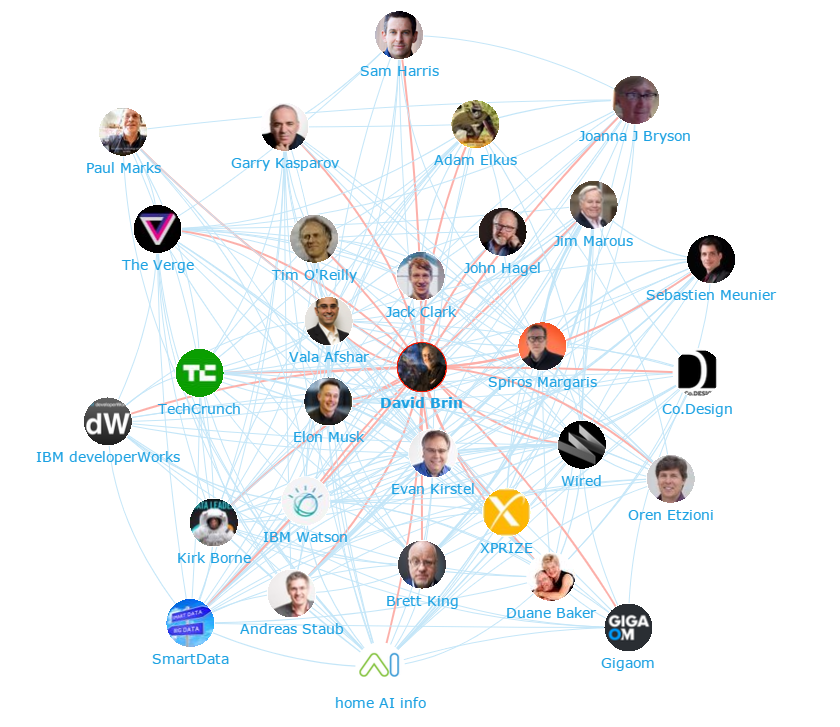 Below you can see another network map created with our Influencer Relationship Management software (IRM) showing the number one brand IBM Watson at the centre, as well as all the AI conversations to and from the influencers in its field. 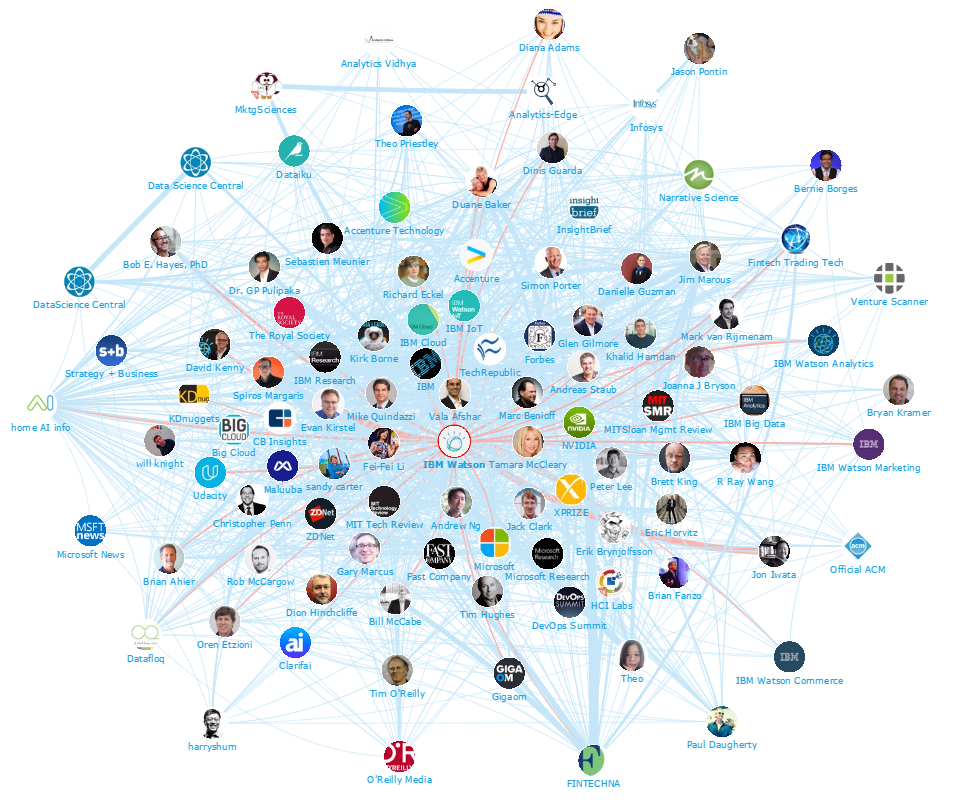