Estimating the Age of a Person with AI Techniques 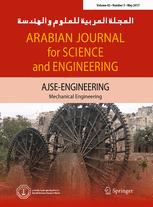 In this paper, we propose hybrid principal component analysis (HPCA) to extract appearance feature of a face and inter-age group variation-based classifier (IAGVC) with regression to estimate age of a person. The proposed age estimation system is robust and less sensitive to outliers where nonuniform distribution of images at different age groups is existing. Under HPCA, we introduce two novel methods, extended SpPCA and extended SubXPCA. The issues, such as summarization of variance, variable component selection, computational complexity and classification accuracy of HPCA, have been addressed as well. The proposed HPCA operates on subpattern and whole pattern at a time and extracts appearance feature based on both local and global variation of faces. The IAGVC uses HPCA-based hybrid Eigen spaces of each training age group to estimate age group of a test image, and subsequently, support vector regressor estimates the specific age in the selective age group. The experimental results on FG-NET aging database show that the proposed HPCA-based IAGVC has better classification accuracy as compared to existing classical PCA, local SpPCA and SubXPCA over all age groups.