An overview of Quadrat Sampling 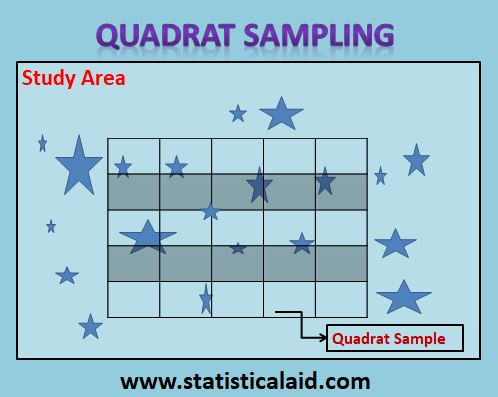 Quadrat sampling is a classic tool for the study of ecology, especially biodiversity. It is an important method by which organisms in a certain proportion (sample) of the habitat are counted directly.  It is used to estimate population abundance (number), density, frequency and distributions. The quadrat method has been widely used in plant studies. A quadrat is a four-sided figure which delimits the boundaries of a sample plot. The term quadrat is used more widely to include circular plots and other shapes.

Quadrat sampling methods are time-tested sampling techniques that are best suited for coastal areas where access to a habitat is relatively easy.

The quadrat sampling method has the following assumptions,

Some advantages are given below-

Some disadvantages are given below-

Quadrat sampling is not useful for studying very fast-moving animals which are not stay within the quadrat boundaries.