AI: The Next Great Art Forger 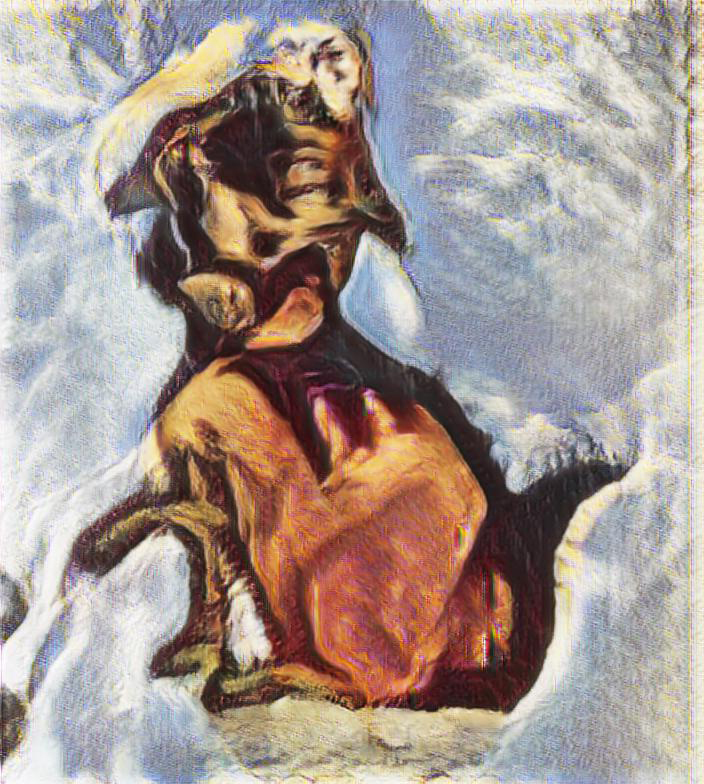 AI art is created with algorithms that enable AI to learn a specific aesthetic by analyzing thousands of images; The algorithm then attempts to generate new images based on that learning [1].  Original pieces can also be created by GANs, which pit two neural networks against each other. The result is “art” that is difficult to differentiate from human-made artwork. One such piece, Portrait of Edmond Belamy, sold for a staggering $432, 500 when it went under the hammer at Christie’s Prints & Multiples sale at Christie’s on 23-25 October last year [2].

But do these AI-generated pastiches qualify as real art? Probably not. Many in the art and AI communities agree that these cannot be called art, at least in the traditional sense. Even if you could stretch the definition of art to include AI-generated images, they are of poor quality and no better than a factory produced knock off.

GANs do not make artwork, they produce something akin to a well-executed Paint-by-Numbers. “They just repaint,” says Rutgers University professor of computer science, Ahmed Elgammal. “It’s what a bad artist would do” [3]. But even calling an AI an artist doesn't work because you can’t call a non-living entity an artist, by definition.

Art is obviously subjective, but nearly all experts agree on some basic underlying principles for the definition of the word art. In general, art is about sharing how human desires, emotions, intuitions, and thoughts shape our understanding of the world [4].  Novelist Leo Tolstoy (the author of War and Peace) described art as a human activity that involves feelings and the union of people’s minds [5]. The Stanford Encyclopedia of philosophy [6] does acknowledge that art could be produced by “non-human species, terrestrial or otherwise.” However, AI can’t be called a species (i.e. a living organism) by any stretch of the word as they cannot bring any experiences or beliefs to the easel.

Another problem with calling AI generated images “Art”. To produce art, one must be creative; AI is not creative; It searches, analyzes, and mimics. Consider the first major theorem proved with computer assistance: the four color-theorem, which states a flat map (including a map on a globe) can be colored with a maximum of four colors, so that adjacent countries do not share the same colors. The computer that proved this theorem was merely checking an exceptionally large number of possibilities. Rather than creatively arriving at a solution, the computer performed a mundane task a massive number of times [7].  This is the opposite of creativity.  A GAN sifted through thousands of boring repetitions before regurgitating an answer: Edmond Belamy.

A pastiche, or composite fraud, combines elements of various aspects of another artists works, creating an “original” that mimics the style and feel of the original painter. One of the most famous pastiches, A City on a Rock, was painted by 19th-century artist Eugenio Lucas Velázquez and was so convincing that it was attributed to Goya up until the 1970s. Pastiches are not renowned for their originality or creativity, but rather acknowledged as very clever copies “in the style of”, many of which duped people along the way into paying exorbitant and undeserved prices. A City on a Rock is in the Metropolitan Museum of Art’s collection not because it is deserving of accolade, but rather because of its importance in the history in the world of art forgery. By the same token, while Portrait of Edward Belamy has an important place in the ongoing development of AI, it's place is not on a distinguished art gallery wall but rather in the curiosity bin of art forgery.

Art has too many layers of subtlety, embedded in the human experience, that an AI simply can't capture. While AI is certainly capable of mimicry, they do so with no cultural background and no sense of interpreting the human experience. At best they are pale imitations of art, evoking all the emotions of the bland, factory produced oil paintings that adorn the walls of millions of drab hotel rooms around the world

[1] AI Is Blurring the Definition of Artist.

[2] Is artificial intelligence set to become art’s next medium?

[6] The Definition of Art