AI and the future of work: Will Artificial Intelligence make us all into Polymaths in the future? 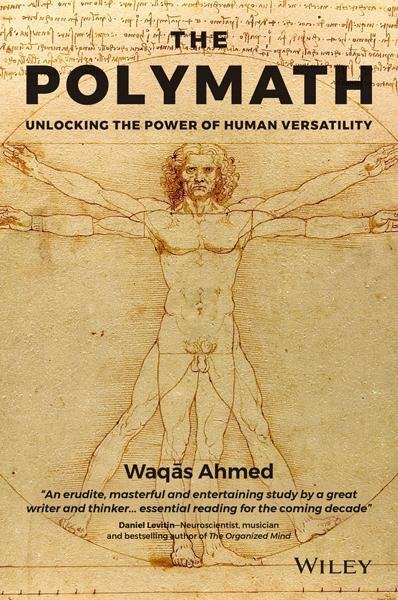 Most views on this subject are negative

More broadly, the negative impact of technology has been highlighted by Nicholas Carr (the shallows) , Susan greenfield – Mind change and others

While the problems are highlighted, a solution is missing i.e. What can we do to change our approach in a world of work dominated by AI?

Over the last few weeks, I read an interesting book called The Polymath: Unlocking the Power of Human Versatility by Waqas Ahmed

A polymath is an individual whose knowledge spans a significant number of subjects, known to draw on complex bodies of knowledge to solve specific problems. (wikiepdia). The best example of a polymath is Leonardo Da Vinci. Specifically, a polymath could be seen as someone who has demonstrated mastery in  more than two trades (poly – hence more than two)

Apart from an understanding of polymaths, I read this book from the perspective of AI and the future of work

Here are some ideas / questions that the book raises in my mind ..

In any case, learning polymathy as a skill could lead to greater mental flexibility providing an antidote to the forthcoming changes in the world of work.

Hence, Artificial Intelligence make us into Polymaths in the future.

The operative word is ‘mastery’ i.e. the ability to demonstrate mastery in more than one skills.

If more people take this approach, it could be a game changer indeed for society.

Ultimately, we could see a new partnership between humans and machines.

Image source The Polymath: Unlocking the Power of Human Versatility by Waqas Ahmed