14 things that are harder to get into than Stanford

This article was written by Abby Jackson. Before joining Business Insider's education team, Abby was at JPMorgan where she worked in the chief investment office and treasury.

Stanford University's acceptance rate hit an all-time low for the class of 2020, with 4.69% of applicants accepted into the prestigious California-based school.

That means Stanford is the most selective college in the US, beating out all Ivy League institutions.

But while getting into Stanford might seem like a nearly impossible task, many other achievements in life — like acceptance into some elementary schools — are more difficult than earning a spot within the school's prestigious walls.

Ben Winsor and Christina Sterbenz also contributed to this story. 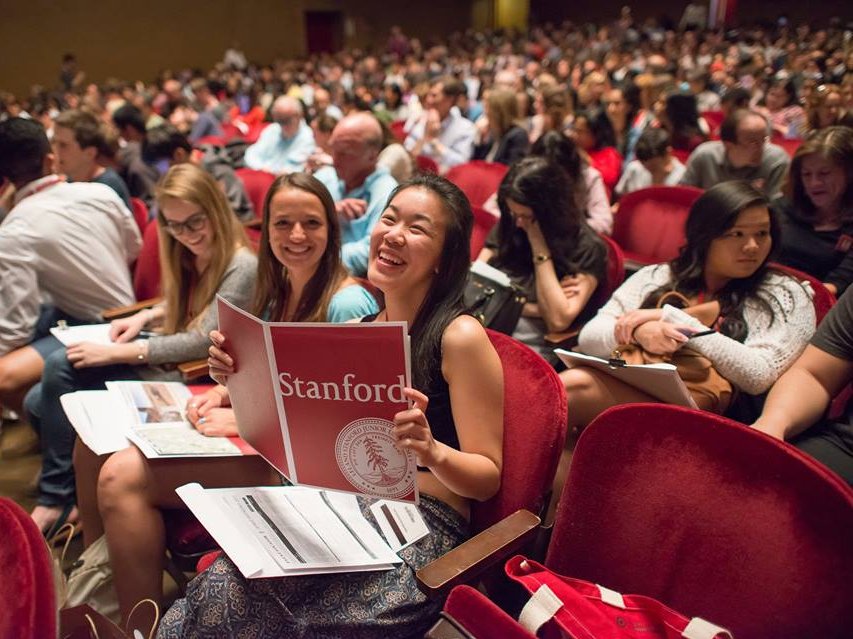 A spot at one of New York City's top elementary schools

The elementary admissions process in New York City is utterly grueling. Among exemplary schools, one stands out as the gold-standard: Hunter College Elementary School.

Each year, Hunter chooses 25 girls and 25 boys from all of Manhattan to be admitted to its incoming kindergarten class.

They're hand-selected from a pool of about 2,500 applicants, according to the website Inside Schools. That makes the acceptance rate for Hunter 2%.

A job as an NBC page

Landing an internship-like role in the National Broadcasting Company's page program is competitive to say the least. Famously, the character Kenneth Parcel was a page on 30 Rock.

The NBC page role is a year-long entry-level role where employees perform PR responsibilities among other tasks depending on their department.

A spot at an innovative startup college

Its model vastly differs from four years of school at other prestigious colleges. Students don't stay in one place during their four-year education.

At 1.9%, the acceptance rate for the unconventional college is far lower than at Stanford.

A report from researchers at Harvard and Berkeley Universities shows that in many major US cities, it's very hard to achieve a rags-to-riches success story.

Even at the top of the list, people in San Jose, California, showed just a 12.9% chance of living the American dream.

To check out the 10 other things that are harder to get into than Stanford, click here.

The hardest thing I heard to get into was FBI. According to this interview with the real-life character of the movie "Catch Me If You Can", Frank Abegnale, it is about 1 in 10,000.

Some top schools (eg, MIT in my day) give generous scholarship assistance based on financial need alone.

I am wondering what the acceptance rate is for start-up entrepreneurs seeking VC funding.

Also rather than attending a top school in US, an alternative is to gain your college education abroad, in a country where college tuition is free for residents, then move to the US. This way, you don't have debt when you start your career. This is what I did.