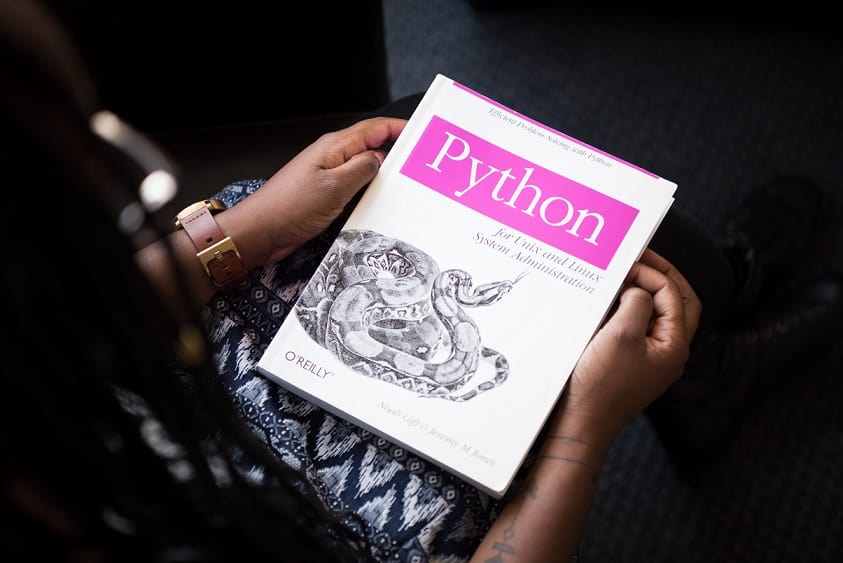 Since its advent in 1991, Python has been the choice of coders due to its simple features that include ease of understanding and readability of code but not limited to just that. There have been lots of changes in the codebase over time due to the contribution from developers worldwide. Simple syntax and faster execution make Python a favorable language among programmers. It is used widely to create websites and primarily in big data operations. To make the task of running Python programs easier, many IDEs have been developed for programmers. These environments are equally suitable for beginners and advanced coders with a variety of in-built extensions, libraries, and plugins to ease the task of program execution. Let's walk you through these six IDEs that can ease your work with Python:

Here are the Top 10 Python IDEs

It is an open-source and web-based environment to help coders that have just started off in the Data Science field. Due to ease of use along with many informative references, programmers can get acquainted with Jupyter to work with large data sets for analysis. It is available for free and can help analysts with numerical functions, data visualization, and supports many data functionalities. Jupyter contains in-built libraries like Pandas, NumPy, etc. to help coders perform various functions on data.

Pycharm is specifically used for Python programming, and it is developed to operate across multiple platforms, including Windows, Mac OS, and Linux. The IDE consists of code analysis tools, debugger, testing tools along with version control options. Developers can build their own Python plugins with the help of various APIs available in Pycharm. You can directly work with multiple databases from the IDE itself without getting it integrated with another tool.

This IDE has been developed by Microsoft to provide cross-platform Python support to coders. It is entirely free and open-source and has been released under MIT license. It is available freely for commercial purposes as well. It is highly customizable and has a rich set of extensions that can be used to improve the available functionalities. Coders can also work with GIT from the Visual Studio code.

Spyder is an IDE written in Python for operating Python codes and can be used for code editing, analysis, debugging and much more. With additional APIs and plugins, coders can extend its functionalities. It is available for free and is an open-source platform that makes it all the more desirable. The online community provides support to coders, and its rich documentation helps in solving the errors quickly.

Atom is popular due to its user-friendly interface. It is freely available and is an open-source IDE for Python. It contains in-built GIT support and works across multiple platforms too. It is lightweight and has a plethora of extensions and plugins readily available to perform advanced analysis and decoding in Python.

Designed specifically for beginners, Thonny provides a step-by-step walkthrough for Python programming. It is available for free for execution on Mac OS, Windows, and Linux platforms. It is quite lightweight and a perfect IDE to aid Python beginners with an easy interface with navigable functionalities.

PyDev operates as a third-party plugin with Eclipse and is used for Python programming. It is an open-source IDE that supports code analysis and debugging along with code refactoring and interpreting Python codes, among other features. The premium version that is paid contains additional features that allow quick bug fixes and remote debugging of errors in Python code.

Idle IDE is ideal for beginners who have started learning Python. It is best suitable for educational institutions. Idle is an open-source environment developed completely in Python and has a simple interface that avoids any additional confusion. Coders can work in multiple text editors and it has syntax highlights to help them with stack visibility.

This is a collection of IDEs designed exclusively for Python coding. It has multiple platform support and is lightweight. Wing has a lot of features to speed up Python interpretation and debugging. You can get the premium version with additional features for commercial usage. With a dedicated exception handling tab, the IDE helps developers in testing and debugging the Python code faster.

With multiple language support, Cloud9 IDE is an open-source environment that is written in JavaScript and it allows multiple users to edit the code simultaneously through multiple cursors. It has in-built project collaboration with GitHub and Bitbucket.

There are several other IDEs to help coders ease Python coding and analysis. You can explore other options as per your requirement and knowledge of Python.  Read more about Python training, here.