Word clouds are one of the simplest and most intuitive ways of visualizing text data. The clouds give greater prominence to words that appear more frequently in the tweets. During the last week, we collected all public tweets related to such topics, allowing us to track what people are talking about around the world and here we present the world cloud for each of them.

Using these word clouds we can more likely get answers to questions such as: What is Big Data? What can we do with it? Who uses Big Data? Who tweets about Big Data? What platforms and software products are dealing with Big Data? But even more, if we collect tweets for long periods of time, we will be able to generalize and extract definitions from buzzwords and new trends. 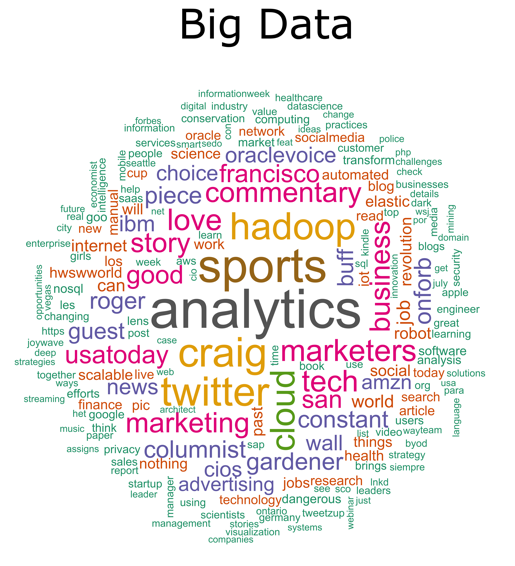 Some interesting facts based on the Big Data word cloud and the collected data:

As it can be noticed, this word cloud could help us to understand the phenomenon that is Big Data, but also other new trends.

Could you find other interesting facts for the other word clouds? Let us know in the comments. 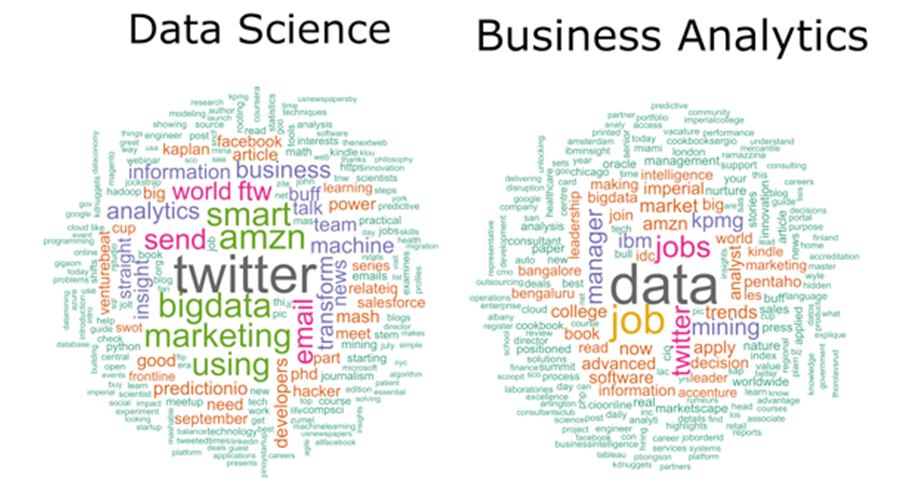 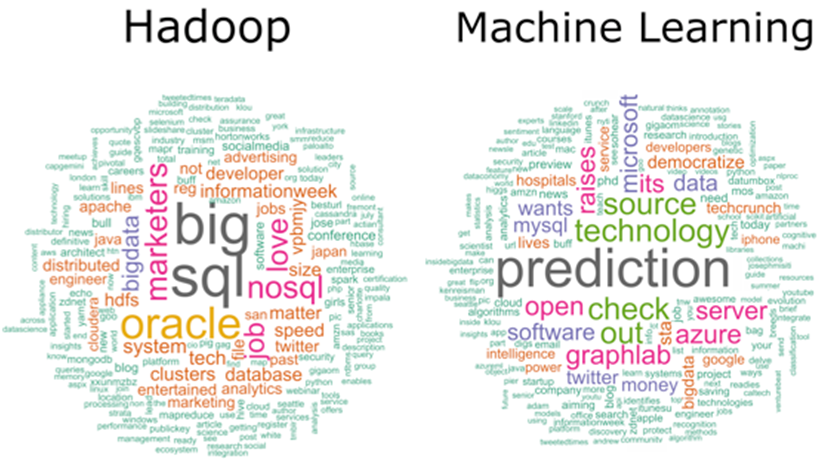 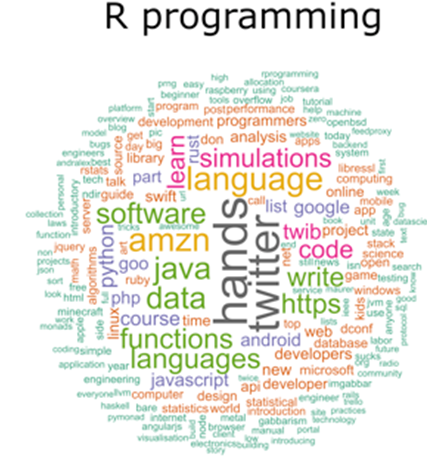 How was the data collected?

All new tweets related to specific topics (Big Data, Data Science, Hadoop, etc.) were collected using a Python code, running in real-time in our dedicated Amazon EC2 Linux server, that saves them in a file.

The Natural Processing Language Toolkit (NLTK)1 was used to process the tweet data. Let’s explain simple things you can do with NLTK, for example: tokenizing and tagging of a recent @datasciencectrl tweet (terminal commands in python):

>>> tweet="10 types of regressions for #DataScientists, #Statisticians and other #Analytic practitioners, which one to use? http://ow.ly/zsvs4"

Nouns can be printed using the tag information and functions from the regular expression package (https://docs.python.org/2/library/re.html).

The word clouds are represented for the most 200 frequent words in the tweets (least frequent terms were dropped). The font size of each word depends on the frequency of appearance on the tweets. The color of words comes from the ColorBrewer palettes, specifically the “Dark2”, the frequency range from the most 200 frequent words were split in 8 groups. Then, words were colored from least to most frequent (see palette below).

For R users creating a word cloud there is a great new too called Displayr https://www.displayr.com/word-cloud/. The software works in R.

It would be great to implement the 2-token keywords suggestion. We did not make extensive filtering, but the algorithm and the word clouds can be improved as much as we wish.

We added more information about what colors and sizes represent in the post.